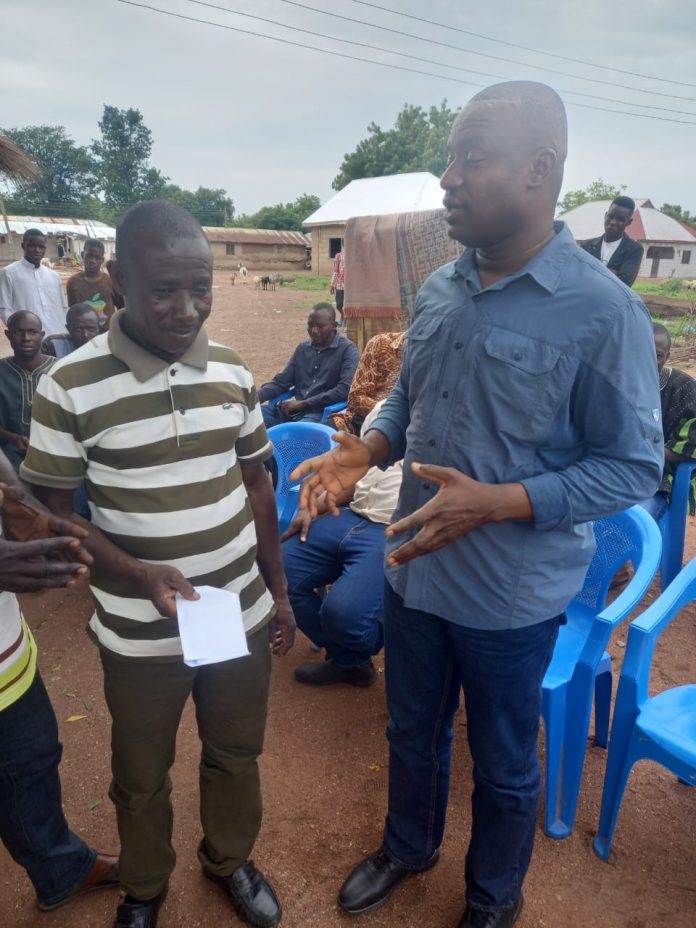 The Member of Parliament (MP) for the Yapei-Kusawgu constituency in the Savannah Region Hon. John Abdulai Jinapor on 1st July, 2022 made a donation to the Kpabuso community for the renovation of a six unit classroom block which is in a deplorable state and the construct of a Central Mosque.

Speaking to Bole based Nkilgi fm, the constituency Secretary Mr. Iddi Latif Atingpo who is also part of the MP’s team said they released a sum of Gh15,000 to the good people of Kpabuso explaining that that, GHc10,000 out of the amount is meant for the renovation of a six unit classroom block which is in a deplorable state for some time now with GHc5,000 being the MP’s contribution towards the construction of Kpabuso central Mosque.

Mr. Latif said Hon. John Jinapor has already donated some bags of cement to the Muslim community in Kpabuso to help them in the building of the Central Mosque.

An opinion Leader in the community, Mr Eliasu who received the support on behalf of the community pledged that the money will be used for its intended purpose without delay.

Chiefs, indegenes, Imams, Youth and women of Kpabuso all expressed their profound gratitude and endless appreciation to Hon. John Jinapor for the kind gesture and promised to reciprocate in equal measure when the need arises.