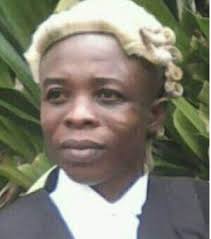 Two suspected highway robbers who were recently arrested by the Police for their suspected involvement in the shooting and killing of a Lawyer Richard Badombia around the Banda Nkwanta and Nuoyiri communities along Bole- Bamboi highway were arraigned to the Bole Magistrate Court on 14th June, 2022 with the case presided over by his worship Mr. Edward Essel.

The principal prosecutor in charge of the case was absent at the hearing so the Magistrate Court judge his worship Mr. Edward Essel had to adjourn the case to 15th June, 2022.

The two suspects have been remanded to police custody in Bole.

It will be recalled that four relations including Richard Badombia (now deceased), Michael Badombia, Gloria Badombia, Hilary Badombia and a bulldog were traveling in a Hyundai Accent saloon car with registration number GN 9890-17 from Accra to Jirapa and upon reaching a section of the road between the Banda Nkwanta and Nuoyiri communities on the Bole-Bamboi highway, three armed men emerged from a nearby bush and signaled them to stop.

Whiles slowing the vehicle down, one of the armed men immediately shot at Richard Badombia who was driving killing him instantly.

The vehicle as a result veered off the main road into the side of the bush, hitting a tree and came to a halt.

Mr Richard Badombia who was behind the steering wheel was hit with bullets, the pellet wounds spread over his left cheek.

He died of gunshots words and his body has since been deposited at the Wenchi Methodist Hospital for preservation.

Bole based Nkilgi Fm will keep our listeners updated on this case.