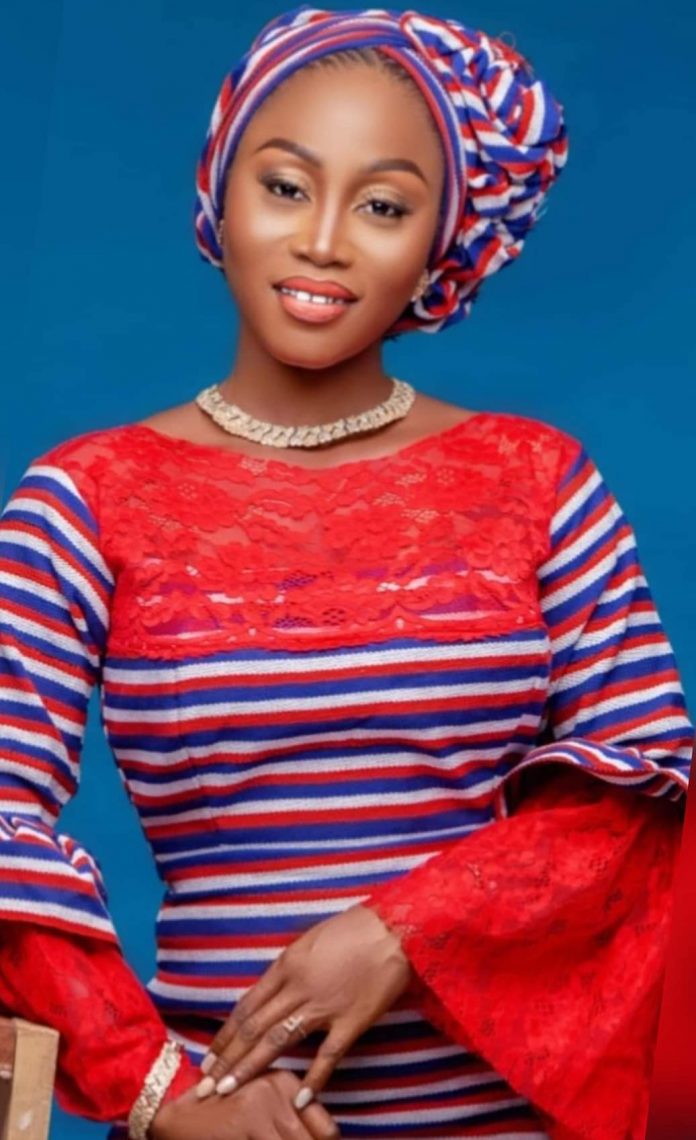 A team that supported Miss Fatahia Mohammed, a Savannah Regional Women Organiser aspirant has sent special thanks to every single individual who in diverse ways supported them in prayers, cash or in kind from the start of the campaign to the end.

The young Mohmmed Fatahia who is fast rising in politics after serving as the Yapei-Kusawgu Constituency Assistant Secretary of the NPP and a known Communicator fiercely contested for the position of Women Organiser of NPP in the Savannah Region for the first time and nearly coursed an upset since the incumbent Hajia Sofia Mohammed manged with 82 votes with Miss Fatahia Mohammed polling 80 votes and one Love Khande Issah getting 10 votes.

Below is the full statement from Fatahia Mohammed’s team copied to Bole based Nkilgi FM:

“With great joy and honor, the team of Mohammed Fatahia seize this opportunity to thank Allah for how far he has brought us. Special thanks to every single individual who in diverse ways supported us either in prayers, cash or in kind from the start of the campaign to end, May Almighty Allah bless you all. We wish to say that we all done well and that there was no winner in that contest. We believed that its Allah who Ordained a leader.

To the National Executives committee, Members of parliament in the Savannah Region led by lawyer Abu Jinapor, All MMDCES across the Region, National Election committee, Regional Election Committee and all Delegates across the Region, we would like to say a very big thanks for the wormly support shown us. We all believed that its Allah who Ordained a leader. We believed in you and the ultimate Allah and once its an internal contest, we believed to rally behind each other and work as one family so that together we can break the 8 since 2024 elections is not going to be an easy one for us all.

To Hon. Mohammad Fatahia, we the team would like to Congratulate you for the great fought. We know and believed that you would still use your energy and tenacity to work acidiously and also use your kind office as the Matlock Manageress in the Region to support each and every one interms of mobilization of the people for the great party since your ultimate goal is to break the 8.

We the team believed that your tenacity, skills, bravery, respect and above all how you articulate to the good people of our great party NPP would not be underestimated.

We pray the good lord blesses us all and replenish all that we have lost. It is time to reunite ourselves and work hard to break the 8 since it is a family contest”.

Miss Mohammed Fatahia has since congratulated the winner of the contest Hajia Sofia Mohammed. They were seen together at the funeral of the father of the newly elected NPP Secretary for the Savannah Region Mr Mohammed Issah at Tamale exchanging pleasantries.