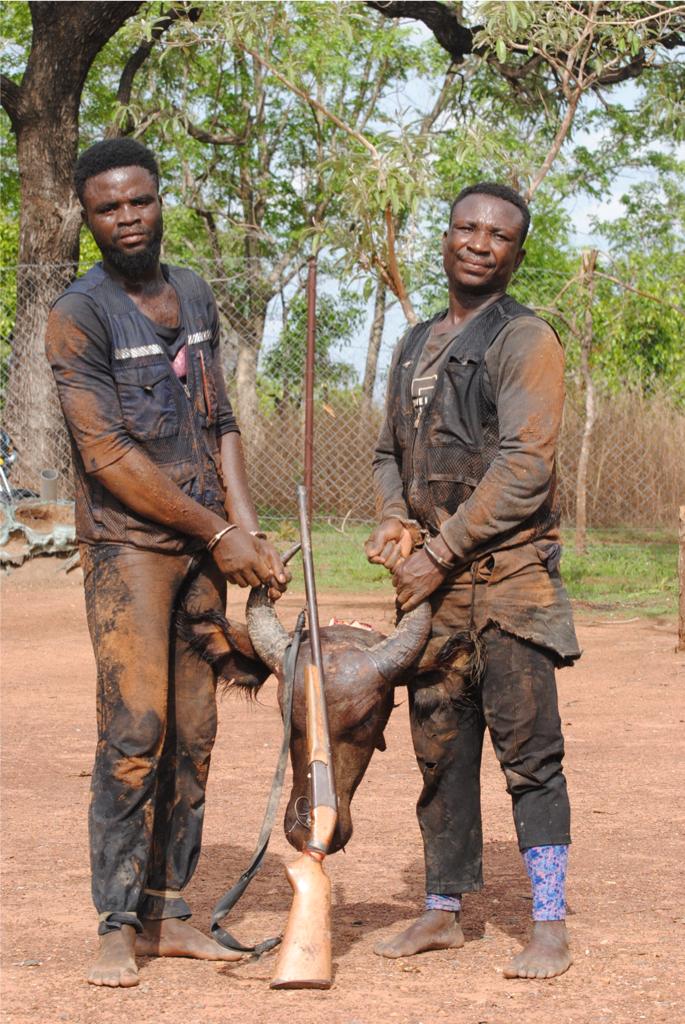 Two Notorious Poachers from the Larabanga Community of the West Gonja Municipality identified as Mumin Baharu and Osman Ibrahim aka Vuga have been arrested by galant and hardworking Rangers of the Mole National Park on 9th April, 2022.

Bole based Nkilgi Fm’s source say the Rangers on a normal patrol in the park heard a gun shot from the Poachers and rushed to the scene.

On their way the Rangers saw a 4- man team of Poachers on a particular stream who had shot and killed a Buffalo and were about to share the booty.

The Rangers strategically placed themselves, laid ambush and managed to arrest the Poachers.

The Poachers according to Nkilgi fm’s sources have worried staff of the Mole National Park for sometime now.

A shot gun which was used to kill the Buffalo has been confiscated from the Poachers.

The Poachers will be processed for court within 24 hours after their arrest.