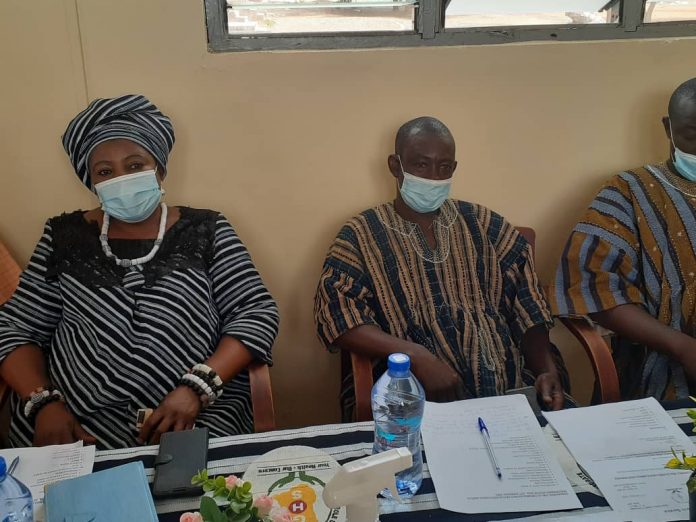 The Bole District Health Directorate has on Wednesday 23rd February, 2022, held an annual performance review for the year 2021 where it was revealed the Health Directorate chalked huge successes amidst several challenges on Health delivery.

Ndapewurche said she was happy to announce that some of the activities were accomplished as Out Patient Department (OPD) attendance recorded in 2021 was 120,088 against 103,653 in 2020.

The Bole District Health Director added that, 184 people were suspected with Covid-19, with 71 positives treated and discharged and 1 death. In terms of Yellow Fever she said they recorded 26 suspected cases, 5 positives and 5 deaths, whilst Meningitis suspected cases were 7 with zero death.

Ndapewurche Hajia Fuseina Sulemana said they received about 70 Johnson &Johnson, 1,400 Morderna, 18 468v AstraZeneca and 17 500 Yellow Fever vaccines to vaccinate the people of the district even though 340 of the AstraZeneca got expired.

She stated some programs were carried out in the District and this include Point Mass Distribution of LLINs (PMD), Seasonal Malaria Chemoprevention (SMC), Mass Drug Administration, School Deworming Exercise and Eye Screening and Surgery.

The Presiding Member of the Bole District Assembly Hon Jamani Bakari chaired the program with stakeholders such as representatives of District Chief Executive (DCE) for Bole and Memeber of Parliament for the Bole- Bamboi Constituency respectively as well Heads of departments, Security agencies, the Northern Empowerment Association, ZAKAT Foundation and others present.