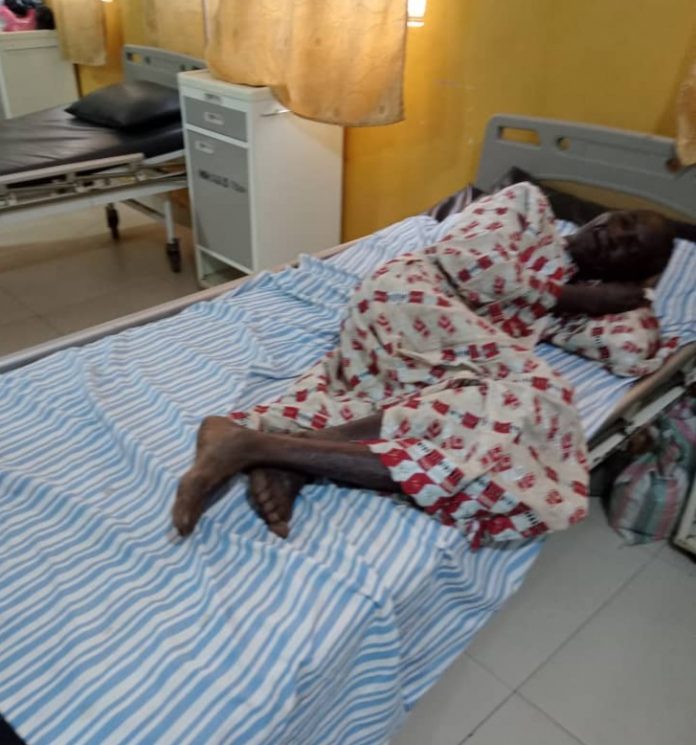 A 55 year oldman, Issahaku Mahamadu popularly known as Abiyaduka is battling for his life after he was severely assaulted by some residents of Damongo Zongo for his alleged involvement in acts of wizardry.

According to his brother who is currently taking care of him in the hospital, his brother was tortured by a spiritualist after he was accused of being a wizard by a 10 year old girl who allegedly told residents that she and the man usually slaughter people spiritually in the area.

The victim denied the allegations but the spiritualist refused to accept the denial and ordered the beating of the victim until he confesses that he is a wizard.

According to a son of the victim, the family rushed him to the Damongo government hospital for immediate treatment after he was released later that night.

The incident has since been reported to the police who instructed the family of the victim to come back with the medical report after he has been attended to.

“We brought him to the hospital and they have taken a scan and everything so we are waiting for the report to send it to the police”; the son of the 55 year old Issahaku Mahamadu disclosed to Bole based Nkilgi FM.

According to the son, later on night of 7th February, 2022, the husband of the spiritualist was at the Damongo hospital in search of the their father since according to them, many innocent souls are still allegedly being kept in the custody of the man to be killed.

Names of deceased persons in the area have been mentioned in a viral video that is circulating with the victim being questioned.

Meanwhile, Mr Mahamadu, the alleged wizard has been reffered to the Tamale Teaching Hospital for further medical care to be after undergoing scanning in the Damongo hospital.