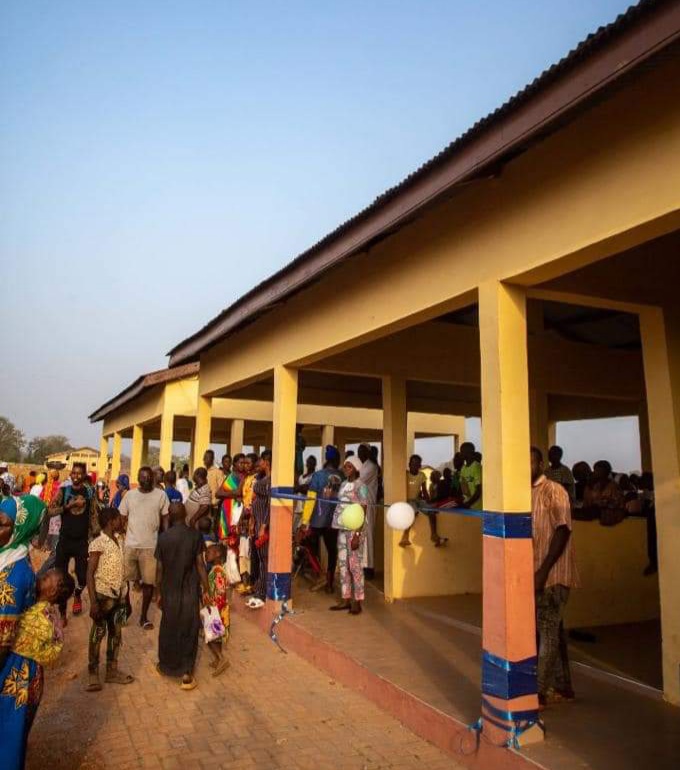 The Member of Parliament (MP) for the Damongo Constituency and Minister for Lands and Natural Resources Hon Samuel Abu Jinapor has on 4th February, 2022 commissioned and handed to the Chiefs and people Damongo- Canteen suburb a newly constructed market funded by himself.

Speaking to the media, the Damongo MP said the construction of the new market would go a long way to boost the economic activities in the area, especially for traders.

He said the market project was financed through his own efforts to promote trading and other businesses in the area.

Hon Jinapor added that the construction of a community library and a modern astro turf for the Canteen electoral will also commence in the coming months with roads construction projects in the area also in the pipeline.

He disclosed to the people of the area that the electrification project going on at Kotito No 1, 2 and 3 are near completion and he will be in commissioning the project in the months ahead.

The Damongo MP further hinted of the construction of the Buipe-Kotito-Damongo road as part of improving the road network in the Savannah Region.

He told the people of the Canteen Electoral area that the construction of an astro turf and an ultra modern 300 hundred seater capacity community center with offices is ongoing in the Damongo Municipality which according to him are some of the promises he made to the people of the Damongo Constituency prior to his becoming the MP for the area.

Hon Jinapor described the Damongo Water Project, as very dear to his heart and that it will also kick start soon.

He attributed the delay to the Covid-19 pandemic but assured the people of the constituency that all is set now for the project to kick start.

An elder in the Canteen electoral area, Mr Diwura in a short speech said the particular area where the market has been constructed has been earmarked since 1965 for the construction of a market with governments and MP’s coming and promising but failing to execute the project.

Meanwhile, the market which is an everyday market with an abattoir attached is expected to have Sunday the major market day.