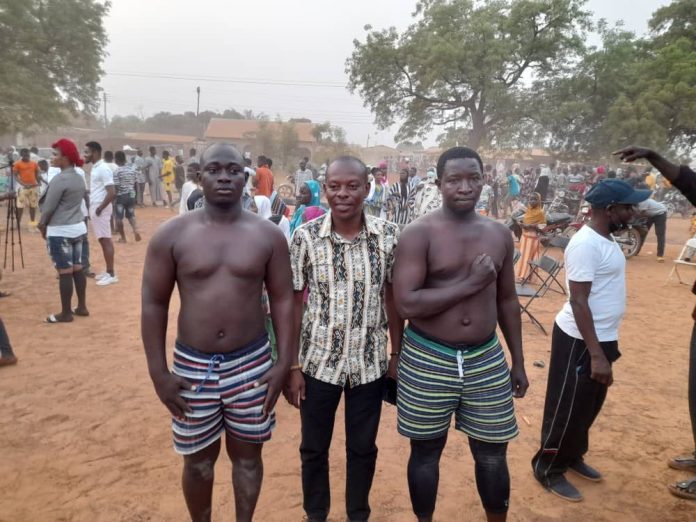 Latif Mahama aka Killer from Kafaba overpowered D. Lawal from Makango after a tough banter between the two at the finals of the Traditional Wrestling competition in East Gonja organised by Shea Tree making him the representative of East Gonja at the Grand Finale of the competition at the Gonjaland Youth Association Congress at Daboya in March, 2022.

Many of those who attended the event were ecstatic to see an initiative that reminded them of happy memories. Elders in the community were especially excited to see young people participating in what the Gonjas called Kibrimansi.

The drums beat, the flutes sang, and the multitudes of onlookers held their breath. Every nerve and muscle on their arms, backs, and thighs stood out, and one could almost hear them twisting to bursting point.

According to the organisers, the was one of the fiercest contests since the competition’s inception.