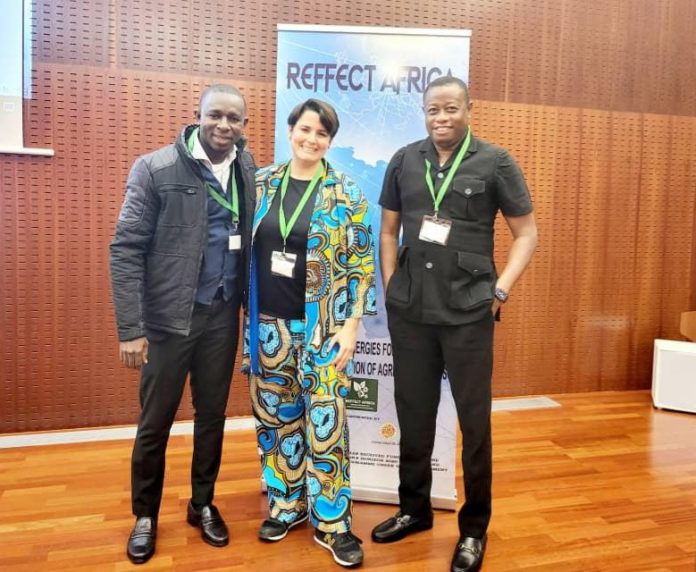 The Executive Director of Nasco Feeding Minds, a Non Governmental Organization operating in the Sawla-Tuna-Kalba District of the Savannah Region Mr Banasco Seidu Nuhu on 25th December, 2021 asked the youth in his District to gear up and embrace the countless opportunity Nasco Feeding Minds will be bring on board in the coming years.

Mr. Banasco Seidu Nuhu made this known when he visited the studios of Bole based Nkilgi Fm to highlight Projects his outfit has introduced to the District so far.

He said they include; ICT literacy, beekeeping, planting of economic trees in key communities to address climate change, scholarships for brilliant and needy students, donations of mobility equipments to people living with disabilities and others.

However, he bemoaned the lack of interest shown by the youth to take advantage of ICT literacy indicating that it will be of benefit to them as the world has evolved to a stage where ICT literacy is a requirement in every aspect of life and for people seeking employment.

He said as part of the reason his outfit is embarking on massive ICT literacy with centers built across the District to facilitate learning of ICT.

The Executive Director of Nasco Feeding Minds, Mr. Banasco Seidu Nuhu was happy to announce to the general Public a new project his outfit through the European union is bring to Sawla-Tuna-Kalba District.

The project “REFFECT AFRICA” is a Seven (7) million Euro project financed by the European Commission through the five-year Horizon 2020 research and innovation program, which seeks to improve the quality of life of African countries by enhancing their independence from fossil fuels”.

He said, together with the Savannah Regional Minister Hon. Saeed Muhazu Jibril on the 17th and 18th of November, 2021 they joined a host of Twenty-nine (29) participants from Sixteen (16) countries to participate in a meeting in Spain to have a discussion on Renewal Energy and the project which is the first of its kind in Africa would be implemented in Three (3) African countries namely; Casablanca in Moroco, Johannesburg in South Africa and the Sawla-Tuna-Kalba District in Ghana.

According to Banasco the project would see the valorization of agri-food waste in the production of biochar, fertilizer, heat/cooling and electricity generation in the Sawla-Tuna-Kalba District.

He added that; “In a context of real concern in the face of climate change, the project has as one of its main objectives to bring renewable energy technologies, based on the gasification of agricultural waste typical of each area and photovoltaic solar energy”.

Also, he made it known that the pilot plant will be located in Sawla and will be the first of its kind in West Africa.

He concluded that REFFECT AFRICA will have an impact in terms of generating rural jobs and promoting the circular economy by generating its own energy with waste from agriculture in the area, as well as the purification of groundwater for human consumption.