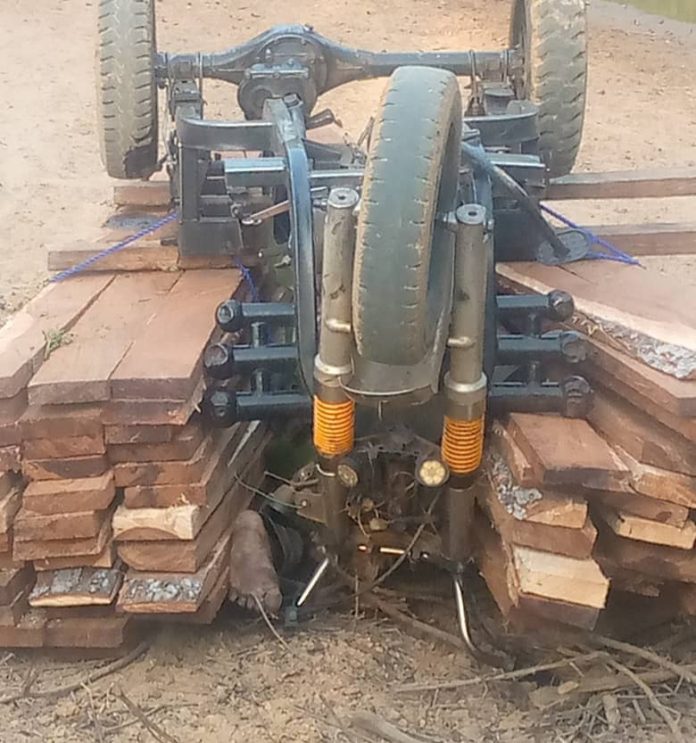 A young man on 3rd December, 2021 lost his life at Sor No 1, a farming community near Damongo in the Savannah Region after the motorking tricycle machine loaded with wood meant for roofing fell on him with the full load of wood.

The loaded machine according to eye witnesses was struggling to climb the hill but failed in the process.

The young man whose name has been given as Latif, a resident of Damongo Zongo was alone with the machine when the unfortunate incident happened in the middle of the road with the wood and the machine falling on him resulting to his death on the spot.

The police were at the scene and the body has since been buried according to Islamic laws and practices.