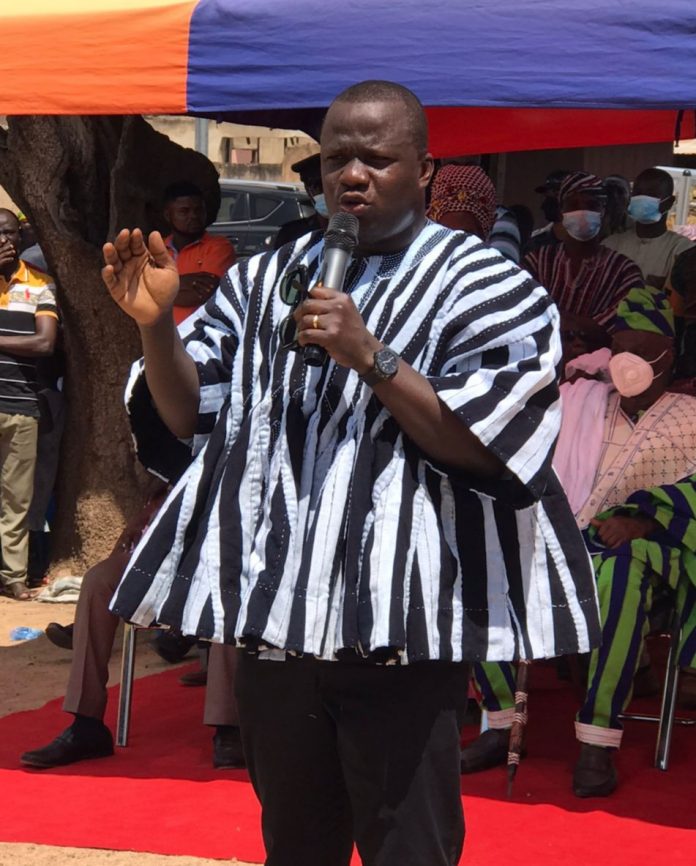 The Member of Parliament (MP) for the Damongo Constituency and Minister for Lands and Natural Resources Hon Samuel Abu Jinapor has told the Chiefs and people of Bole that the only way Gonjaland can develop is to leave behind political differences and focus on development.

The minister who addressed the people of Bole at the weekend during a five-day working visit to the five Regions of the North said the biggest problem facing the people of Gonjaland is youth unemployment which can best be solved in an atmosphere of peace.

He added that the is a wind of change currently taking place in every part of the world where the attention of everybody especially the politician to bring development to the doorsteps of the people which can only be possible in a peaceful atmosphere.

He used the National Democratic Congress (NDC) MP for the Bole- Bamboi constituency as an example of who he sees as a senior brother and someone he does everything with even when the all belong to different political backgrounds.

He said they see themselves as one because from where they are coming from, they are the same but politically they are different.

Hom Abu Jinapor also said should former President Mahama needs any information from the government, it is him he speaks to because of the background they are coming from even though politically, the belong to different political backgrounds.

He advised that leadership should therefore focus on development and not war mongering and tension creation as it is the last thing on earth to leave behind as a leader the legacy of inciting people against others indicating further that it is always sad to hear that there is chaos in what ever form in any part of the region.