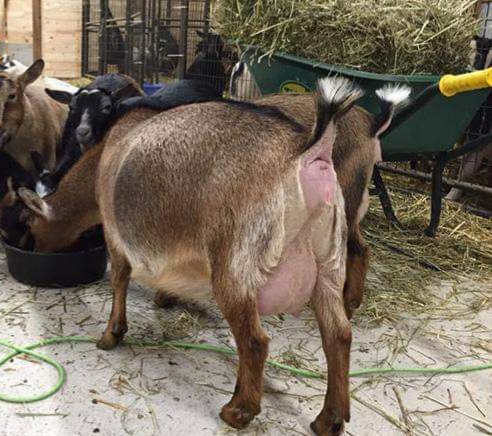 Two young men from Mandari a Community in the Bole District of the Savannah Region have been sentenced by the Bole Magistrate court to a fine of GH300 or jail term of three months for stealing a pregnant goat at Bale, a Community near Mandar. The two are Abdulai Alhassan a 25 year old drivers mate and Kofi Jimah a 20 year Fitter Mechanic.

The judge of the Bole Magistrate Court His Worship Prince Cudjoe sentenced the two each on their own admission of guilty to pay a fine of 50 points unit which translates to GHc 300 or in default serve three months in jail.

According to the Prosecutor, the two accuse person’s on the 23rd of September 2021 conspired together to go to Bale to steal a goat.

Around 1:00am in the night, the two from Mandari went to Bale, closeby Community with an unregistered Apsonic motor bike which they parked around the Bale D/A JHS. They surveyed the area and targeted a fat pregnant nanny goat.
All this while, as they were going about their operation, a community member saw their suspicious movements and alerted the unit community member who mobilized some community members to lay ambush around the School.

The two accuse person after a successful operation of stealing the goat went straight to where they had parked the Apsonic motor bike but the community members had moved it away from it’s parked place.

At that moment, Abdulai Alhassan the 25 year old Farmer sensing danger and took to his heels and excaped leaving Kofi Jimah the 20 year old fitter to his fate.

Kofi Jimah the fitter was arrested and given some hot slaps and beatings before being handed to the Bole Police.

After further investigations, Abdulai Alhassan was arrested at Mandari the following day and a search on him revealed substances suspected to be Indian hemp.

The Police then arraign them before the Bole Magistrate court on 28th September, 2021 on two count’s of conspiracy to commit crime and stealing.

The pregnant goat has since been released to it’s owner.

Nkilgi FM spoke to the Assembly man of Bale Electoral Area Mr Sarbotey Eric who called and handed the two accuse persons to the Police and this is what he he narrated same story as presented in court.

He added that the young men have been coming to Bale to steal goats, sheep and even cattle but anytime they try getting them they escaped but on that fateful day their movements were checked subsequently chased, arrested and handed over to the Police.