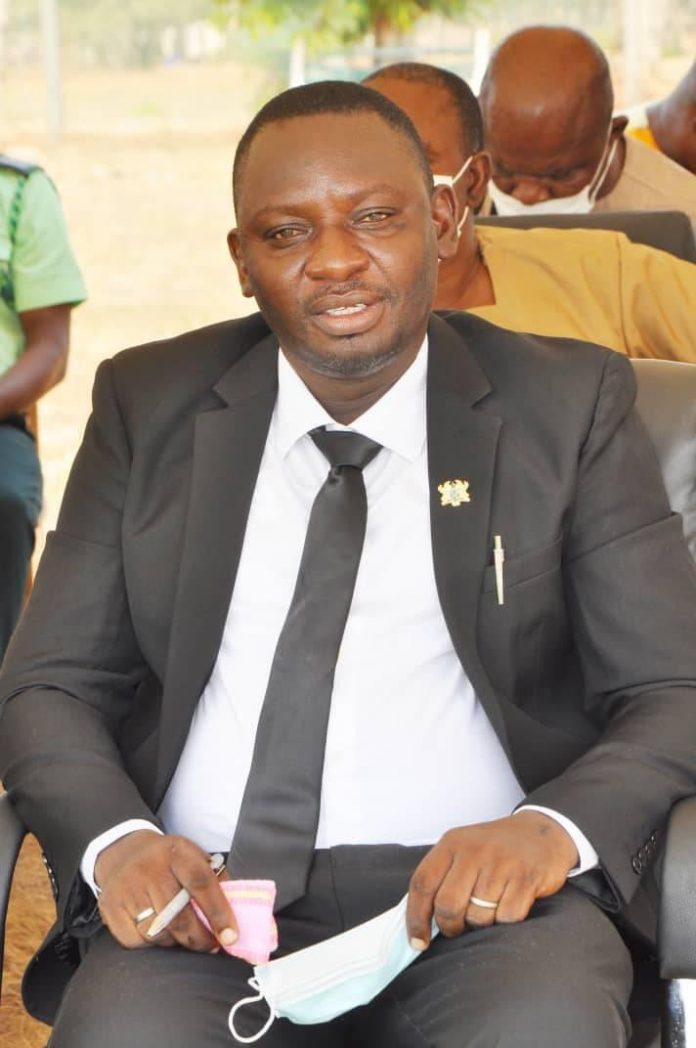 The Member of Parliament (MP) for the Kintampo North Constituency of the Bono East Region, Hon Joseph Kwame Kuma Jakala has appealed to the Minister of Roads and Highways to as a matter of urgency facilitate in the construction of speed ramps on the Buipe to Kintampo stretch of the road to end the everyday killing of pedestrians in his constituency.

Hon Kumah made these comments when he went to Buipe on 14th September, 2021, to meet the Minister for Roads and Highways Hon Kwasi Amoako-Atta who was on a one day working visit to the Buipe to inspect the progress of work on the Buipe bridge.

Hon Joseph Kwame Kuma Jakala said the provision of speed ramps will reduce the speed at which vehicles move on that stretch of road.

He also drew the attention of the minister to the possible cut off of the road between the Kintampo to New Longoro road which the contractor has left site after the commencement of a bridge linking the two towns.

He appealed to the minister to bring back the contractor since there will be a bigger problem in future when there is a closure of the Buipe bridge for the purposes of construction.

The Kintampo North MP further explained that vehicles from the southern part of Ghana use that route to Sawla and to Damongo to be able to cross to Tamale anytime the Buipe bridge is closed for purposes of construction and that will lead to a very difficult and serious situation if the road is cut off.

Hon Kumah also thanked the MP for the Yapei-Kusawgu Constituency, Hon John Jinapor for bringing to the notice of the government for the construction of the Buipe bridge since it was becoming a death trap.