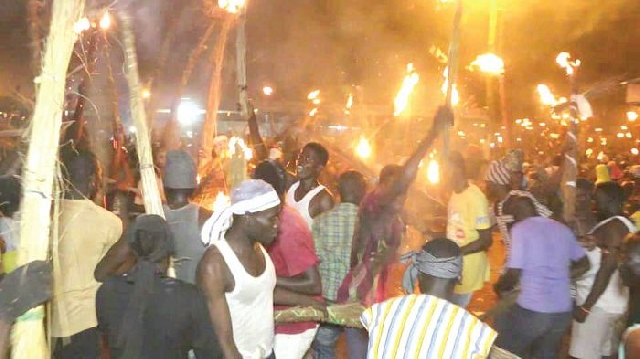 The Municipal Security Committee of the West Gonja Municipal Assembly has banned the celebration of this years fire festival in the Damongo township.

Speaking in an urgent meeting on 17th August, 2021, held at the office of the Savannah Regional minister who doubles as the acting municipal chief executive for the West Gonja Municipal Assembly yesterday andp chaired by the Acting municipal chief executive Hon Saeed Muhazu Jibril who also doubles as the Savannah regional minister, the municipal security committee (MUSEC) attributed the ban to the feuding factions in the Damongo chieftaincy dispute which the committee found it necessary to ban the entire township from going ahead to celebrate the festival since signals picked by the committee are not very good and could result to different stories afterwards.

Meanwhile, Larabanga is fully set with people from all walks of lives trooping to the community to witness the annual Quranic recitation which always precedes the fire festival later in the night.