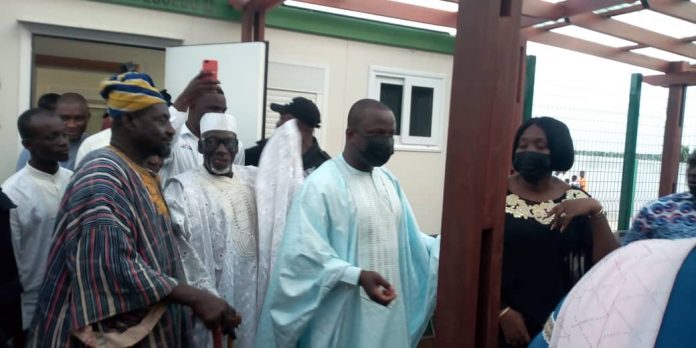 The office complex will serve as a meeting place between the Member of Parliament and his constituents according to Hon. Jinapor.

He said the office is opened to everybody in the Constituency irrespective of the political affiliation.

He further stated that the office construction and furnishing was part of a major campaign promise he made to the constituents during the 2020 electioneering campaign where he will be meeting to discuss issues of the Constituency.

The Damongo MP also said the premises of the office is also opened to the general public for wedding and graduation ceremonies and other gatherings. He said an ultra modern community center construction is however underway.

Hon Jinapor further indicated that canopies and chairs would be available free of charge for any form of occasion at the office complex any day and anytime.