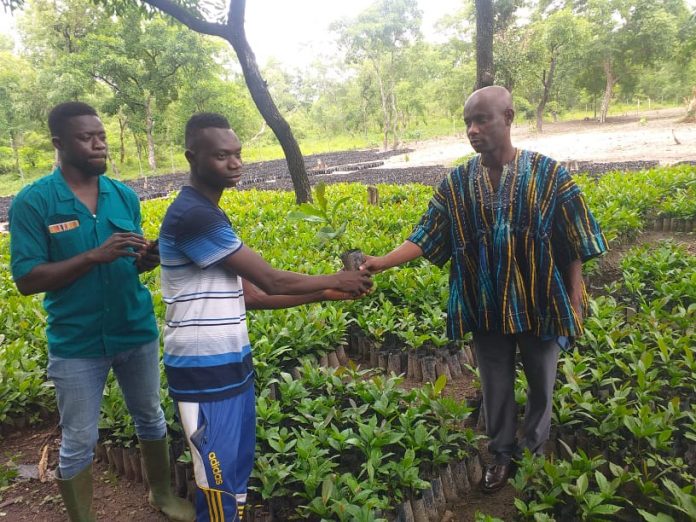 The Bole District Assembly in Collaboration with the Department of Agriculture on Friday 16th July 2021, started handing over One Hundred and Fifty Thousand (150,000) cashew seedlings to farmers free of charge within year 2021 under the government’s flagship policy Planting for Export and Rural
Development.

A beneficiary farmer at Mr Zakaria Sonyo said they were very grateful to the Bole District Assembly and the Agricultural department for helping them with the government’s policy as they are benefiting hugely from the planting for export and rural development policy.

He appealed to his colleague farmers in the Bole District to venture into the Cashew plantation under the government’s flagship policy, Planting for Export and Rural Development.

The Bole District Assembly and its Agricultural department in the Savannah region has helped farmers in the Bole District with Over five hundred thousand cashew seedlings in the past four years.

In 2021, its target is to give out One hundred and fifty Cashew Seedlings to farmers free of charge.