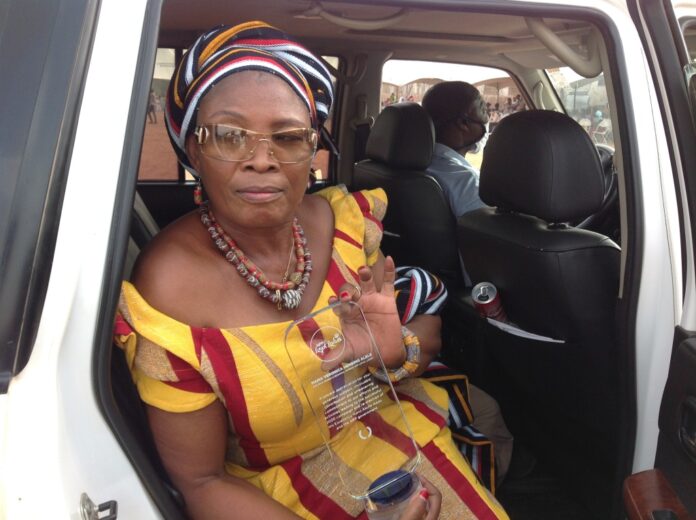 Some youth groups and polling station executives of the ruling New Patriotic Party (NPP) in the Bole-Bamboi constituency of Savannah Region have expressed worry over what they said is the calculated plan to destroy the unprecedented developmental initiatives the District Chief Executive (DCE) Madam Veronica Alele Heming undertook during her first four years as the DCE for the area.

Mohammed Atitor who signed a press releases of the Youth groups and polling station executives of the NPP in the Bole- Bamboi constituency on 14th July, 2021 explained that, a “dead on arrival”  press release circulating on the various social media platforms intends denting the good image and the hard-earned reputation of the Bole DCE.

According to the NPP Youth Activist, Madam Veronica Alele Heming a former New Patriotic Party (NPP) Women Organizer for the UK Branch deserves a re-appointment as DCE because her of selfless, competency and her good works she has brought to the good people of Bole-Bamboi.

“Per our investigations the youth groups and polling station executives had denied having hands in the press release which seeks to work against the re-appointment of Madam Veronica Alele as the DCE for the second term”; Atitor said.

The first group warned that they will abandon the NPP if Madam Veronica Alele is retained as the District Chief Executive (DCE) for the area.

According to them, Veronica Alele, since her assumption of office in 2017, has refused to continue the College of Education project which the youth of Bole-Bamboi will benefit from.

“She has also refused to seek accreditation for our only government Technical School in Bole since 2017.”

The statement of the first group signed by the Secretary R.K Awudu appealed to President Akufo-Addo not to retain Madam Veronica Alele Heming as DCE for Bole.

But Mohammed Atitor who signed a press release on behalf of of a second group calling themselves Youth Groups and Polling Station Executives of the NPP in the Bole- Bamboi constituency said the person who signed the press release against the DCE called R.K. Awudu was the first person the Bole DCE gave an opportunity by appointing him as a Zoomlion coordinator when she assumed office as the DCE, but his gross disrespect to the management of Zoomlion and rudeness made them to sack him.

Mohammed Atitor said R.K Awudu later went to the DCE to sponsor him to take the NPP chairman for Bole-Bamboi constituency to court after he woefully lost the executive election position he contested. But the DCE turned him down after saying the image of the party was paramount and she was not willing to bring the party into disrepute hence the genesis of the hatred for the DCE by R.K. Awudu.

On some issues raised by R.K. Awudu in his press release, Mohammed Atitor said the Bole DCE never refused in completing the College of Education in Bole and that building a college is capital intensive for a District Assembly as that of Bole and the DCE is still lobbying the Education Ministry for the completion of the project.

“With regards to the accreditation of the only Technical School in Bole, no one ever came to Madam Alele from any school for accreditation and was turned down. You can support this with evidence.
This is purely mischievous”; Mohammed Atitor said.

Mr Atitor also explained that; “The youth of Bole never demostrated for the street lights to be fixed, they only petitioned Madam Alele as the DCE to help work on some of the malfunctioned Street lights and it took less than two days for that to be done, because of her competencecy”.

Atitor further said; “You said Madam Alele refused to sponsor the party during 2020 elections. Your hatred for the best DCE in the history of Bole-Bamboi Constituency will not work. She had work closely with the PC and the pooling station executives during the 2020 campaign, where she finance most of the campaign activities and even gave the PC a pick-up for the campaign rounds.
The 2020 elections NPP Parliamentart candidate is still alive. You can find out from him. Madam Alele will eventually help to break the Eight (8) we are all fighting for because of her good works. Since her tenure as the DCE the votes from Bole-Bamboi constituency got appreciated. We have never experienced any votes declining under her leadership. Where from this broad day hatred?”.