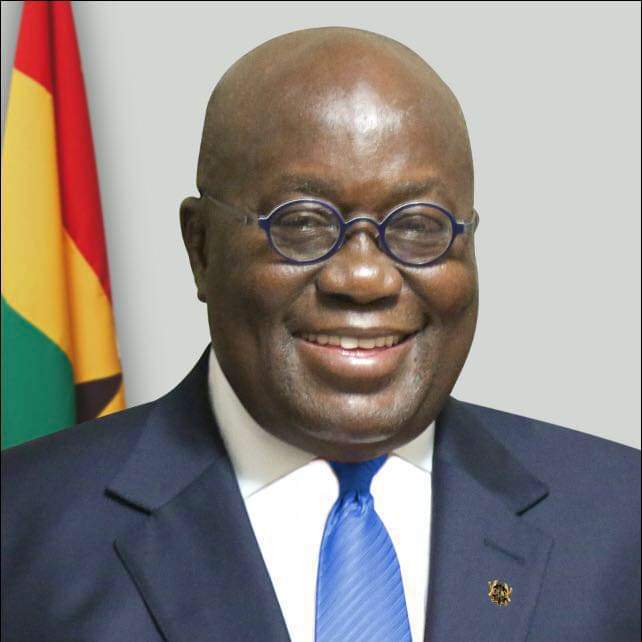 This article is in response to the President’s directive to the Savannah and North East Regional Coordinating Councils to resolve the boundary dispute between the two regions during his visit to the North East region a couple of weeks ago.

Mr President, there is no boundary dispute between the Savannah Region and the North East Region. The dispute is about an attempt at land grab; ownership of the land in the Tampluma area in Wasipe in Gonjaland.

It is about a Settler Community, Lukuli (and Not Lukula as the Manprusis call it) and a couple of Manprusi settler villages in the Wasipe area; who decided to abuse the hospitality and benevolence of their host i.e. the Gonjas of Wasipe.

It started in earnest over three decades ago by the Lukuli people refusing to pay tribute of any sort to the Wasipewura, as Gonja custom and tradition demand of settler communities; followed by intimidation and threats on the life of the Gonja chief of Lukuli (the Lukuliwura) to the extent that the chief had to abandon his post in the village to take refuge in Daboya.

This was followed in early 2019 by a rumoured enskinment of a Lukuli chief by the Soon Naba, a paramount chief in South Manprusi.

This incident heightened tension between Gonjas and Manprusis and it took a great deal of persuasion by chiefs and elders to stop the Wasipe people from driving out the settlers of Lukuli from Gonja land by force of arms if necessary.

The Yagbonwura, in his supreme wisdom, and to calm down tensions, sent a delegation of chiefs headed by the late Kusoguwura and his own linguist, Alhaji Afuli to the Nayiri on 2nd May 2019 to enquire if the rumour of the Soo naba’s enskinment of the chief of Lukuli was true and if so, whether he, the Nayiri, was aware of it – a typical Gonja way of putting it. (The writer happened to be part of the delegation).

The Nayiri, in his response, claimed to be unaware of any such enskinment; but that he had granted the Soo Naba permission to enskin a minor chieftain, a fetish priest (adamanwura) for Lukuli. The Soo Naba, on the other hand, who was called upon to explain himself, contradicted the Nayiri. He stated categorically and emphatically that the chief he enskinned was the chief of Lukuli and said, among other things, that the land at Lukuli belonged to Manprusis and that it was the British Colonial Authorities who placed the area under Gonja in error, and that they were prepared to take it back, by the force of arms if necessary. (it is worthy of note that neither the Nayiri nor any person in his court cautioned or reprimanded the Soo naba for contradicting the Nayiri for his bellicose behavior).

It stands to reason from the above that what the Soo Naba said rather than what the Nayiri said was the true state of affairs. It is not clear to some of us to date, what the leadership of the delegation reported back to the Yagbonwura – the Nayiri’s version or the Soo Naba’s version.

It didn’t end there. A couple of weeks ago, we got word that a Lukuli chief was allegedly enskinned by the Nayiri on 3rd June 2021. The said chief was reported to have visited Lukuli and has indicated that he will be returning to settle there. This has again heightened tension between Gonjas and Manprugu and the Yagbonwura, the Gonjaland Youth Association and other major stakeholders are currently frantically trying to calm down tensions and attempting to find an amicable and lasting solution to the problem.

It is rather curious that the Manprusis, and the Nayiri for that matter, have chosen to exacerbate the problem by formally enskinning the Lukuli chief barely three weeks to the visit of the President to the North East region, and to then raise the issue with the president as a boundary dispute (which it is not) and for the president to direct the Savannah regional and the North East regional Coordinating Councils to take steps to resolve the said dispute.

The Savannah region shares less than a 30 kilometer boundary with the North East region; and that is between the North Gonja district and the Mamprugu Moaduri district of the North East region. Lukuli is not on the border between the two districts. One has to pass over Mankragu and some other villages before reaching Lukuli, therefore any attempt at shifting the boundary to place Lukuli in Mamprugu will have to place Mankragu in Mamprugu as well – an unacceptable proposition, to put it mildly.

That is why the issue is not a simple boundary issue but an attempt at land grab and must be seen for what it is.

It is a deliberate attempt to deceive and mislead the President of the Republic of Ghana and that is very unfortunate. Any person with a slight knowledge of the customs and traditions of Ghana and for that matter any traditional setting in the world would appreciate that, to enskin, enstool, crown or whatever name you call it, a ruler on another person’s land or area of jurisdiction is a de facto declaration that the land or area belongs to the enskinning authority.

That is the reality and challenge we have on our hands.

It is worth noting that the Lukuli problem is just a smokescreen and a microcosm of a bigger and more sinister plan by Mamprugu to have the Tampluma area of Wasipe in North Gonja decoupled and ceded to the Soo traditional area and to the North East region. This is evidenced by the petition of the Soo Naba on behalf of the Nayiri dated 11th September 2010 to the Government of Ghana claiming the land and villages from Mankragu to Disa (Disa is just a few kilometers from Daboya). This petition has become the centre-piece of the Manprusi land grab agenda and it appears they are prepared to leverage every conceivable opportunity, including perceived political affiliation to the powers that be, to achieve their objective.

During our quest for the creation of the Savannah region, a group of Tamplumas, most of whom have familial relations with their compatriots (Tamplumas) in Mamprugu, with the tacit support of some of the architects for the creation of the now North East region, mounted a vigorous campaign to have the Tampluma area in Wasipe de-coupled from the North Gonja District and to be ceded to Mamprugu. This was to assist Mamprugu to qualify for the creation of a new region as they neither had the population nor land area to justify their quest for a new region. It was in furtherance of this agenda that one Musah Mahamudu, who arrogated onto himself the title of ‘Kadichera Tina and Paramount chief of the Tamplumas’ became a signatory to the Mamprugu petition to the President of the Republic of Ghana for the creation of the now North East region; and he, Musah Mahamadu, was part of the Mamprugu delegation to the Osu castle for presentations to the Commission of Inquiry into the creation of regions by petitioners.

Our take on Manprusi machinations since 2010 when it petitioned the Government claiming ownership of the Tampluma area in Wasipe and particularly in the last six years is as follows:

There is a saying in Gonja that if a blind person says he will throw a stone at you means he or she has a foot on a stone. This brings to mind a reported confiscation of about 39 AK 47s by the police in 2019, around the 2nd May 2019 meeting at the Nayiri’s palace, that were destined for Mamprugu.

Where are the weapons now? Are they still in the custody of the police, and if so the police should not only say so, but come out and prove beyond any shadow of doubt that they are still in possession of those weapons.

Our humble plea to the President is this: