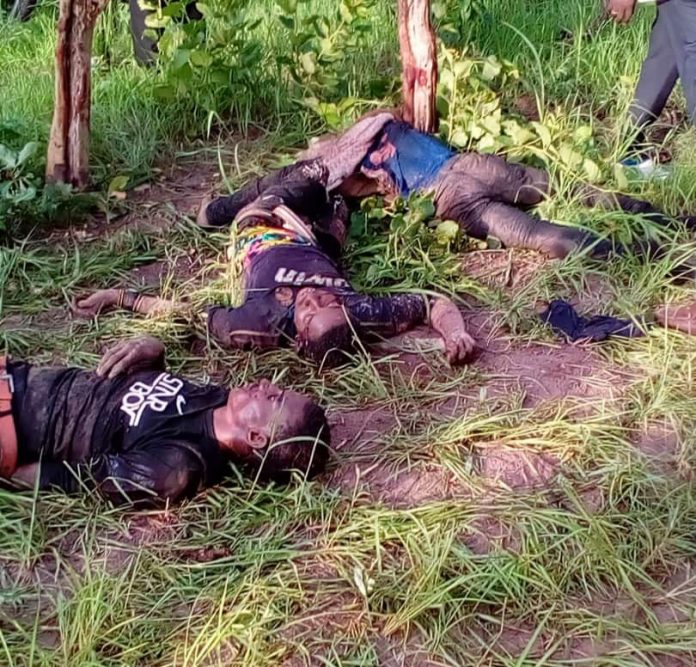 Four of five kidnappers at Kidendilenpa a suburb of Busunu in the West Gonja Municipality of the Savannah Region were killed in the afternoon of 30th June, 2021 by a search party from the community.

Five armed Fulani kidnappers succeeded in kidnapping a young Fulani girl of about fir years and demanded for ransom from his parents.

The parents of the girl sort for support from members of the community who mobilised and traced the kidnappers who opened fire on them on seeing the search group.

The kidnappers were outnumbered and four killed in an ensuing fire for fire but one managed to escape.

The bodies of the killed kidnappers have since been transported to the regional police headquarters at Damongo.

Only one member of the search party sustained gunshot wounds and is currently under medical care at the Busunu clinic.

Kidnapping for ransom is fast gaining grounds among Fulanis in the Savannah Region.

Meanwhile information reaching Nkilgi fm indicates that four suspected arm robbers believing to be of Fulani extraction were arrested at Banda Nkwanta (Duwa) by the community watch dog and handed over to the police for investigation.