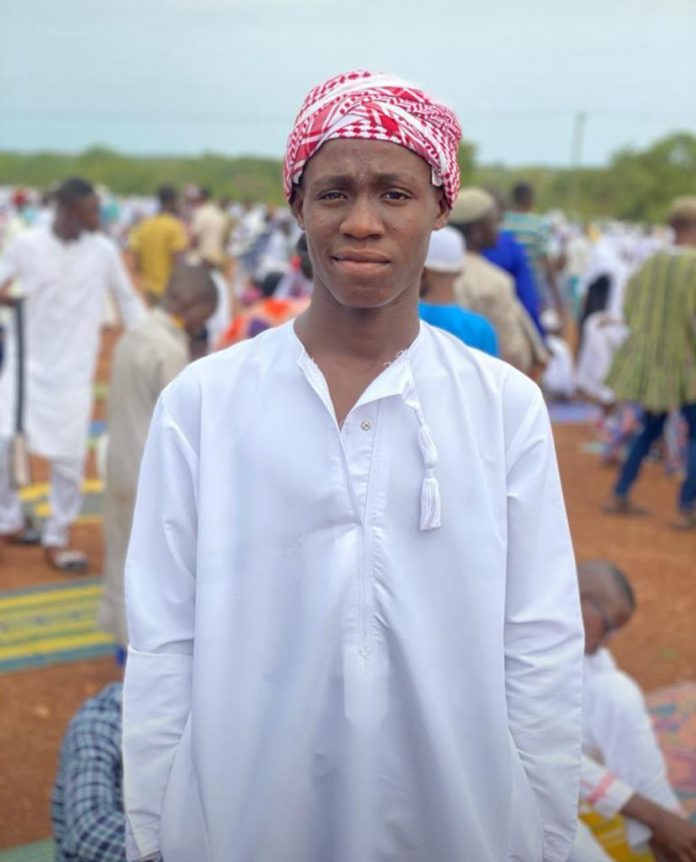 A young man Abdul- Fatawu Asumah lost his life in Bole after crashing into a stationery Rhino cargo vehicle in front of the Forestry office in Bole town on 16th June, 2021 around 9:00pm enraging the Youth of Bole.

Abdul Fatawu Asumah who was on a motorbike which had no good functionimg lights unintentionally crushed into the rhino cargo vehicle and was rushed to the Bole hospital where he passed on.

The said vehicle allegedly seized by Forestry officers in Bole after they had a tip off it had carried logs was parked in front of the Forestry office close to ADB Bank in Bole where the streetlights are not functioning.

Snippets of information being picked by Bole based Nkilgi fm indicates the youth of Bole are angry and are currently planning to embark on a peaceful walk to the Bole District Assembly to present a petition to on the issues of damaged speed ramps in Bole town that have resulted in dozens of motorbike accidents as well as faulty streetlights that are also coursing accidents.
The Youth of Bole said they will proceed to the Bole District Assembly and ascertain from authorities the reasons why the streetlights are no longer functioning.

A member of the Youth of Bole Abdul-Rafiu Haruna disclosed to Nkilgi fm that; “We cannot sit down and fold our arms while our brothers die on our roads. Whoever is in charge of the streetlights should prepare adequately to respond to our questions since we are stopping at nothing until the streetlights are fixed.

He added; “we have lived in the times of functioning streetlights and we are witnessing the ordeal of the latter and the differences are clear so we demand urgent response to this situation to safe lives and make our streets secured for both commuters and vehicles”.

The popular late young man Abdul-Fatawu, a native of Bole and Maluwe is known to be good dancer and is also a footballer playing for Peace Football Club under Bole District Football Association.

The late Abdul Fatawu has been buried at his father’s home of Maluwe in the Bole district on 17th June, 2021 amidst crying by his colleague young men from Bole and Maluwe.

Meanwhile another young man is in coma at the Bole Government hospital after his motorbike got an accident on his way from Maluwe to Bole after the burial of Abdul Fatawu Asumah.

Many people in Bole have complained about faulty street lights and damged speed ramps coursing dozens of accidents in Bole town.