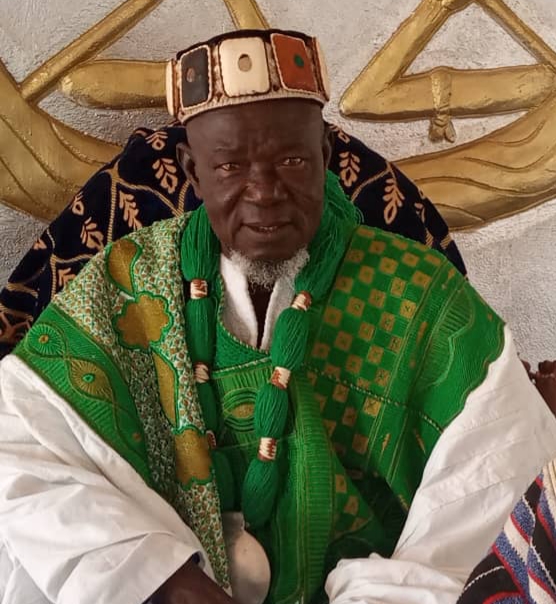 The Paramount Chief of the Bole Traditional area Bolewura Sarfo Kutuge Feso (I) has turned down a request by the Paramount Chief of the Wala Traditional area of the Upper West Region Wa Naa Pelpuo (IV) for the ban on Commercial Charcoal Trade and logging in the Savannah region to be relaxed to enable vehicles loaded with charcoal from Wa to pass through the Savannah region.

The Wa Naa’s delegation that visited Bole on 31st May, 2021 was led by Zinpenni Naa who also double as the Secretary to Wa Naa Pelpou (IV), with the other Chiefs that include Gourhi Naa, Sampa Nanaa and Kupahe Naa.

The leader of Wa Naa’s delegation speaking at the Bolewura’s Palace said the main aim of their visit was not only to strengthen the existing bond of relationship between the people of Wa Traditional Area and Gonjas of Bole Traditional Area but to plead for the ban on Commercial Charcoal Trade to be relaxed to enable vehicles loaded with Charcoal from Wa to pass through Savannah region.

Bolewura Sarfo Kutuge Feso (I) thanked the delegation from the Wa Naa palace for the visit and reiterated that the visit will rekindle the existing bond of relationship between the two ethnic groups that have co-existed for years.

“The black Volta river lying across Bamboi through Buipe to Mankango in the Savannah region taboo Charcoal trade hence the need for the ban”; Bolewura told the delegation.

Bolewura Kutuge Feso (I) was selected to chair a committee of Chiefs as part of the outcome of the Savannah Regional House of Chiefs dialogue on Commercial Charcoal burning, sustainable small scale mining practices and combating indiscriminate rosewood harvesting in the Savannah Region at Damongo on 21st April, 2021 and the other members of the committee include Mankpanwura Jakpa Achor- Ade Borenyi (Vice Chairman), Yapeiwura Dr ABT Zakaria, Gbenapewura Shunbore Mahama Sakan, Nnaa Dr. Agba Jaaga Gbanpewa Koro of Mo Traditional area and the Registrar of the Gonja Traditional Council Mr Abutu Kapori as the Secretary.