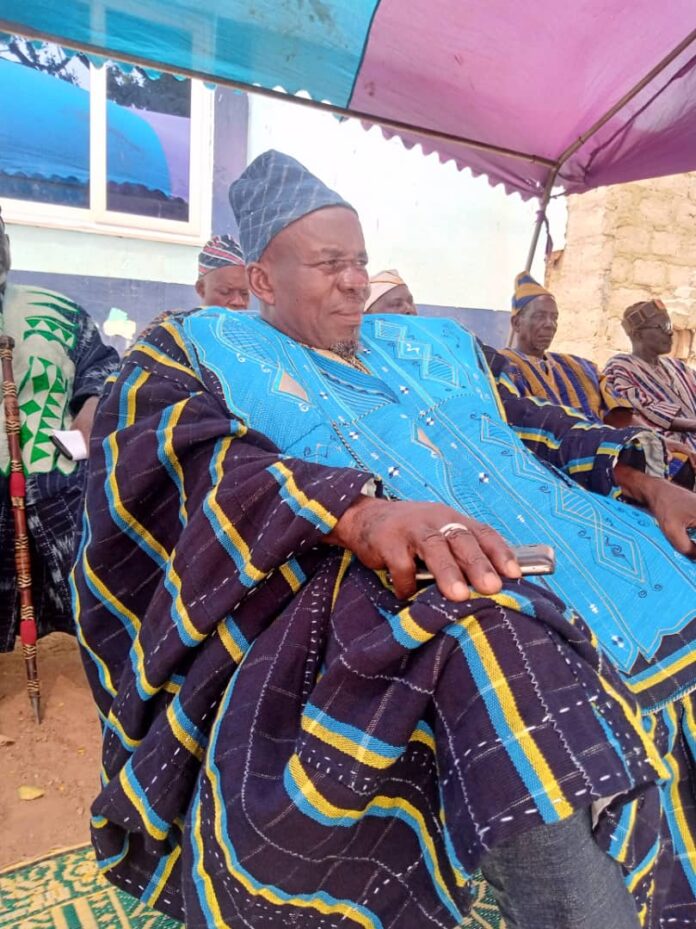 A Customary Lands Secretariat for the Kong Traditional area of Gonja has been inaugurated at Gindabour in the Sawla-Tuna-Kalba District of the Savannah Region on 27th May, 2021.

The Paramount Chief of the Kong Traditional area Kongwura Seidu Jinkuruge (l) in his address said most of the numerous conflicts that are encountered in most traditional areas are as a result of land disputes. He said, most people acquire lands without seeing the land owners for the necessary documents.

The Kongwura said others come as settlers for a small piece of land for farming but before it is realised, the land is used for other commecial purposes.

Kongwura Jinkurge (I) added that most of the Sub Chiefs of Gonja are poor because they are not receiving the full benefits of the land.

The Paramount Chief of the Kong Traditional area added that the Chiefs and people of Kong can only develop as people if they are united. He therefore appeales to all stakeholders to cooperate with the board and staff of the new office.

Kongwura expressed his appreciation to the management of the Northern and Savannah Regional Customary Lands Secretariat.

Mr Atsu Norgbedzi who is Regional Stool Land Officer for Northern, North East and Savannah Region said the minerals in the land can be tapped if our chiefs and land owners takes key interest in proper documentation. He said ‘Land’ if managed well, will attract investors, reduce conflicts, create employment which would improve the standard of living.

A seven member board was Inaugurated. The board also have seven member advisory committee. An office complex was also commissioned for the smooth running of the Secretariat.

In his address the Coordinator of Jaksally Development Organisation (a non Governmental Organisation) Mr Jeremiah Seidu acknowledged the Chiefs, Queen Mothers and the good people of the traditional area. He said land owners can only benefit and receive the full potentials of the land if proper acquisition and documentation is done.