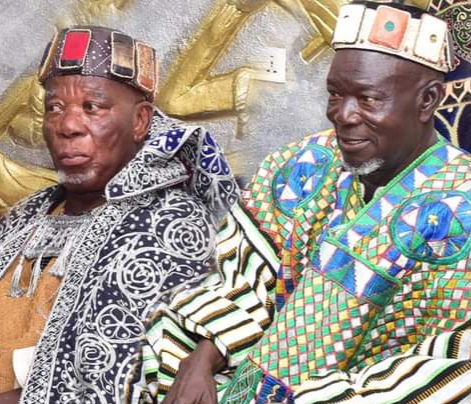 The Paramount Chief for the Buipe traditional area Buipewura Abdulai Jinapor (II) has called on the entire Savannah Region to rally their support behind Bolewura Sarfo Kutuge Feso (I) and his team to fight end tree felling in the Gonja kingdom.

Buipewura Jinapor speaking on behalf of the King and Overlord of Gonja Yagbonwura Tuntumba Boresa (I) admitted that 3 exit points are the major routes where charcoal passes through to the Southern part of Ghana with the major one being at his own Buipe.

The Buipewura said there are a lot of plans behind close doors to arrest perpetrators which he will not disclose but assured everybody in Gonjaland that Yagbonwura Tutumba has given his blessings on Bolewura Kutuge Feso (I) to succeed as the Chairman of the committee leading the fight.

Meanwhile, the largest charcoal market trading center in the Savannah Region located in Buipe has permanently been closed down by Buipewura Jinapor whilst the ban on the activities of logging and commercial burning has officially been imposed.

A number of vehicles in the region carrying charcoal have been arrested with fines put on the vehicles and bags of charcoal loaded by the taskforce put in place until 30th May 2021 when the ban will ensure no charcoal leaves the region.

Speaking to some of the producers of charcoal in Damongo, they claim even the fines on bags of charcoal and the vehicle has places them at a heavy lost since they get nothing after the payment of the fines.