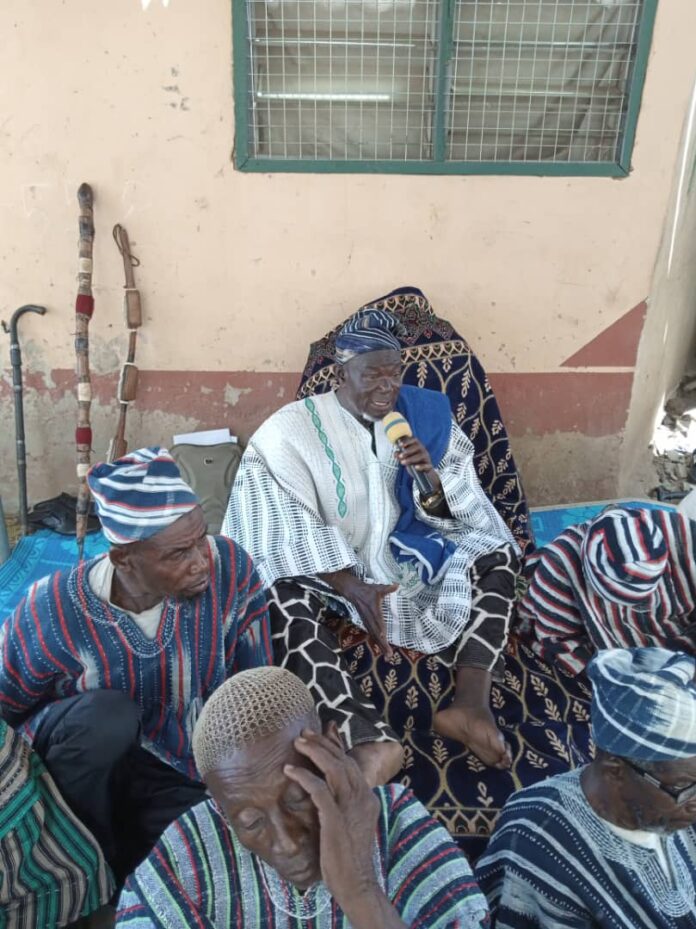 Speaking to hundreds Chiefs and Stakeholders at a meeting to discuss matters of the environment especially illegal logging and commercial Charcoal burning affecting the vegetation of the traditional area, Bolewura said corruption, nepotism and the intake of bribe could derail the work of the taskforce hence the call.

During questions time, Mandariwura Seidu Awushi Kishi Munfo Bunyanso advised the taskforce to be firm and stay away from political interference. He said treating individuals based on party lines could jeopardise their efforts.

The Bolewura also tasked the Chief of Sawla to lead and organise a meeting and replicate a Taskforce in the Sawla-Tuna-Kalba District.
Meanwhile the Bole District Director of the Forestry Commission, Mr Rafiu Sumaila has that their outfit will be planting a hundred thousand Trees in the traditional area to mark World Forest day which falls on 11th June, 2021.

Mr Rafiu Sumaila disclosed this to the Bole Traditional in his address at the Bolewura’s Palace during the consultative forum held to take steps to combat illegal activities like illegal mining logging and burning of charcoal in Commercial quantities.

According to him Ghana is expected to plant 5 million trees in the Green Ghana project to mark the World Forest day.

He said the initiative to plant a hundred thousand Trees has already been launched by the Minister of Lands and Natural Resources at Accra and that it can only succeed in the Bole District with the support of Traditional authorities.

Bolewura Sarfo Kutege Feso (l) tasked his over 100 Sub-chiefs to make fences around the trees that will be planted in his traditional area in order to protect the trees to grow.

The DCE for Bole speaking to the media after the consultative meeting said no one is stopping small scale mining but they are saying it should be regulated. She said people move from Burkina Faso, Mali, Guinea and Cote d’ivoire to engage in mining and move away with the money without the Chiefs and the communities benefiting. She asks people would be given concessions and they will employ those engage in illegal mining as their workers and and they will also pay all required taxes and what is due the Traditional authorities.

Meanwhile Bolewura Sarfo Kutuge Feso (I) will on Saturday 1st May, 2021 storm four communities along the Black Volta of Bole Traditional Area to see for himself activities of illegal miners on the river. The communities are Nsunuah, Tenyakura, Chache, and Ntereso.