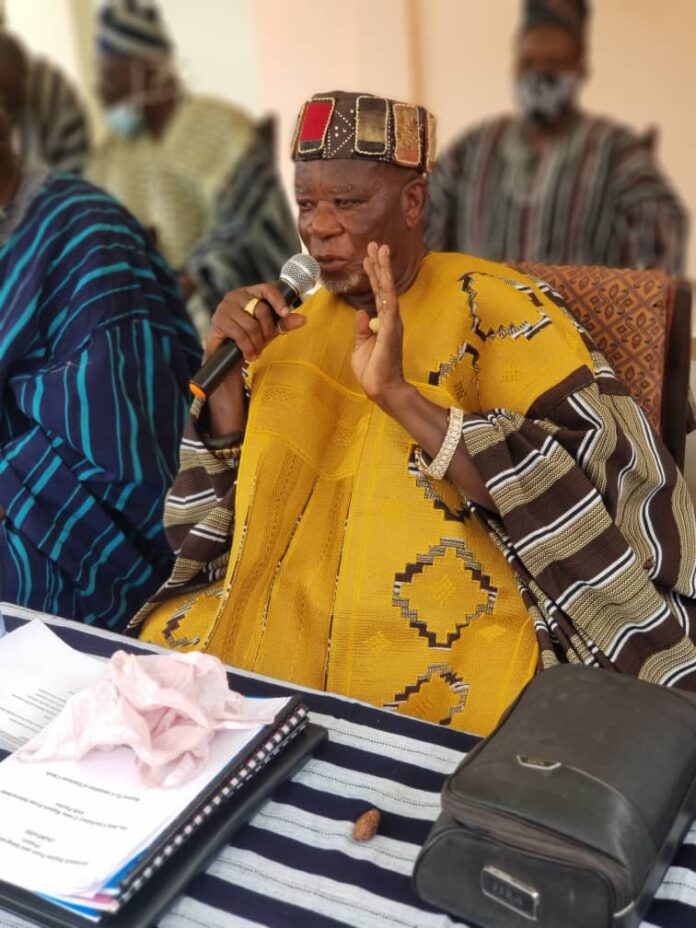 The Paramount Chief of the Buipe traditional area Buipewura Abdulai Jinapor (II) has ordered for the immediate permanent closure of the biggest charcoal market in the Savannah Region located in his traditional area.

Buipewura Jinapor (II) made the pronouncement during the districts stakeholder consultative dialogue on ending illegal rosewood felling and commercial charcoal business in the region. The meeting was held at the District Assembly Hall of the Central Gonja District Assembly in Buipe on 30th April, 2021 and attended by Chiefs and opinion leaders in the Central Gonja District of the Savannah Region.

This decision according to Buipewura is in the right direction to protect the wanton depletion of the vegetation cover of the Savannah Region.

He added that the decision of the Savannah Region House of Chiefs on the environmental ban of illegal logging, commercial charcoal burning and commercial fuel wood activities in the Region is not about the New Patriotic Party (NPP) and the National Democratic Congress (NDC) but about patriotism, great commitment and objectively preparing for the present generation and the unborn.

Buipewura further indicated that great generations have no locus in building Houses and buying fleet of vehicles for their children to make them happy but rather, great generations protect the natural resources for the present and the unborn to make them happy to provide life starter ingredients for their future development and to provide the economic morsel for their generation to stand firm to compute with the rest of the World.

Meanwhile the District Chief Executive for the Central Gonja District Mr Mustapha Mahama has pledged the full support of the assembly towards ending the menace in the whole of the Savannah Region and lauded the Buipewura for closing the charcoal market which is the biggest in the region.