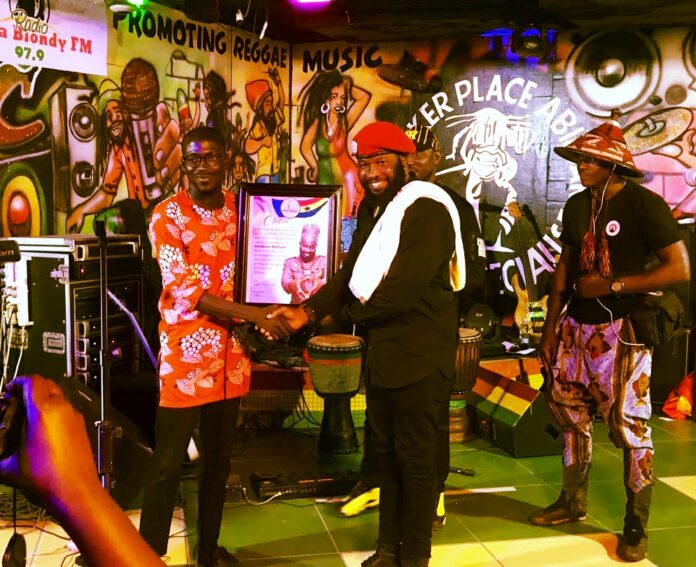 Thursday 15th April 2021, will forever be in the memory of the Ghanaian reggae artist Seidu Abudu Kurabaso aka REDfyah as he received his second award in a foreign land.

The award of excellence in recognition of the Gonja Prince’s extraordinary service and dedication to Peace and Unity in West Africa, was presented to him by “Education and More” an Abidjan based NGO promoting the speaking and writing of English language in the French speaking African countries.

The award was presented to Kurabaso REDfyah after he had put a vibrant performance at the prestigious International reggae club, ‘Parker Place’ in Abidjan, Côte d’Ivoire on Thursday 15th April, 2021.

Presenting the award to Kurabaso REDfyah, the General Secretary of “Education and More” Mr Derrick Quansah said his outfit have been following the good works of REDfyah thus dedicating his career to the promotion of peace and unity on the African continent for the past six years.

According to Mr. Quansah, the award is meant to motivate, energize and encourage REDfyah and the good work he is doing for Ghana and Africa in general.