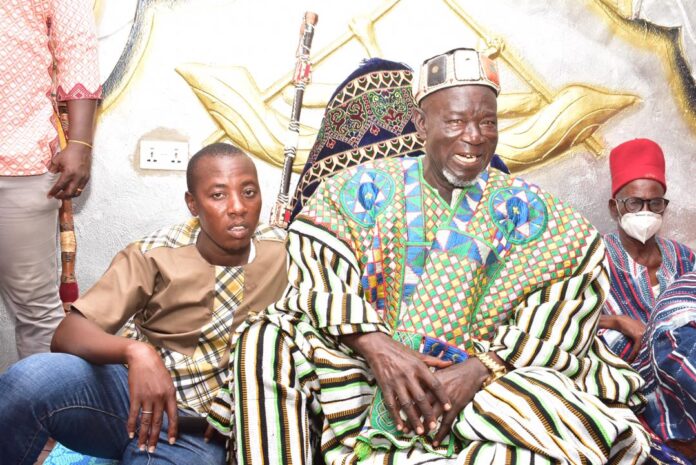 The Paramount Chief of the Bole Traditional area Bolewura Sarfo Kutuge Feso (I) has said that the Brifor Women Association need to be emulated by other Women Associations to build a unified women force in fighting for gender equality and women inclusion.

Speaking at the 9th Annual Congress of the Brifor Women Association held at Tuna last Saturday Tunawura Dramani Mumuni who read a speech issued by the Secretary to the Bolewura Abdulai Haruna Obey and read by Tunawura Isaac Mumuni Dramani said working in unison as a people was the surest way the Bole Traditional Area could attain the development status it desires.

The Bolewura urged Brifor women to forge ahead as a united body to work towards the total development of the area.

He said the invitation of Gonja Chiefs is of good will, and meant to strengthen the bond of relationship between his Palace and the Brifor women of Bole Traditional Area and added that the occasion re-kindles the bond of relationship that always existed between Brifors and Gonjas and that the significance of the ceremony cannot be overemphasised since it marks a period of Cultural and Traditional renaissance among the people of the Bole Traditional Area.

“I am very grateful to add that there has been lasting peace between Brifors and Gonjas and I hope that this peace will be maintained and cherished at all times”; Bolewura noted.

The Paramount Chief of the Bole Traditional area further said the theme for this year’s congress which is ‘’Formal education, a tool for socio-economic liberation of women’’ is apt because Women’s empowerment is one of the most persistent social challenges and opportunities because gender inequalities manifest themselves in countless ways in every community across the Traditional Area.

Bolewura Sarfo Kutuge Feso (I) urged all Brifor Women to take responsibility of their own destiny and not engage in unproductive ventures.

Sarfo Kutuge Feso (I) noted that low empowerment of women and high gender gap still impede the development process of the Traditional Area and hence called for the inclusion of women in all areas of development initiatives to achieve a sustainable development.

Also in attendance was the Paramount Chief of the Kong Traditional area of Gonja Kongwura Jinkurge (I) and his sub chiefs.

The Brifo Women’s Association which was formed to bring its women together to discuss issues bothering on unity, women empowerment so as to help equip one another to become economically viable in the society has taken upon themselves to build a school in Tuna since education is the foundation for a sustainable development.

The Member of Parliament (MP) for the Sawla-Tuna-Kalba Constituency Hon Andrew Chiwetey helped to cut a sod for the school project in Tuna after contributing 100 bags of cement to support the project.

In a comment after the ceremony the MP said; “I want to use the opportunity to encourage them to continue to work together and have faith in their leadership. I also want to thank the chiefs and elders especially the Kongwura, paramount chief of the Kong traditional area who graced the occasion with his presence. Kudus to Jeremiah seidu, executive director of Jaksally for his continuous support to the activities of this group. Last but not least, I want to salute the founder and leader of the group, Madam Agnes Naamwendor for her determination, vision and perseverance and may God continue to grant her wisdom, patience and protection in all you do”.