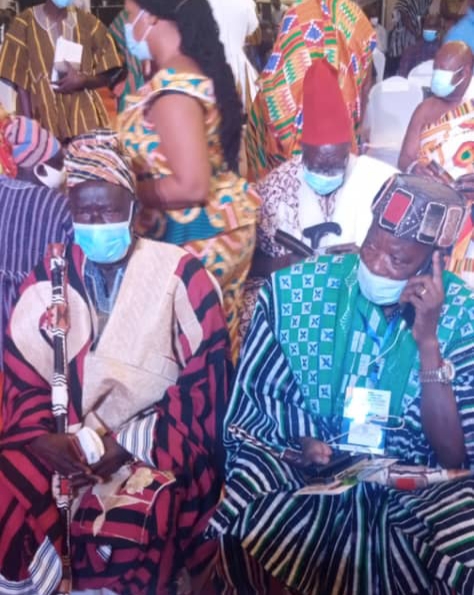 Speaking to Bole based Nkilgi Fm from Accra, the Registrar of the Gonja Traditional Council Mr Abutu Kapori who accompanied the Gonja Chiefs said the Minister of Lands and Natural Resources organised a consultative dialogue on small scale mining in Accra and extended an Invitation to the Savannah Regional house of Chiefs. He said it was necessary because illegal mining is a problem not only in the Savannah Region but the whole country.

Mr Kapori said the Minister organised the dialogue to solicit the views of strategic stakeholders to come up with a policy on how small scale mining will be restructured in the country to protect the environment and to bring benefits to people.

Mr Kapori said the ministry of Lands and Natural Resources will educate all small mining communities on any policy that will come up with.

Meanwhile the Minister for Lands and Natural resources Hon Abu Jinapor has called for a collective and concerted effort in the battle against illegal mining popularly referred to as galamsey.

Addressing stakeholders at the National consultative forum on small-scale mining he said for the government to succeed in the fight it will need the support of all stakeholders in the mining sector.

He explained that the ministry will implement to the letter recommendations from the forum that will be approved by the government.