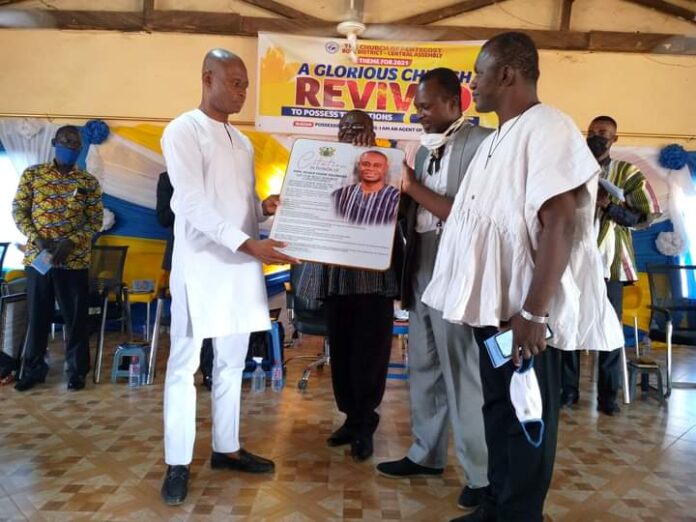 Pastors of the Bole Local Council of Churches have for the second time honoured the Member of Parliament (MP) for the Bole- Bamboi Constituency Hon Alhaji Yussif Sulemana with a citation at a forum held on Monday, 5th April 2021 at the Bole Pentecost Church.

Speaking to Bole based Nkilgi Fm, the Vice- Chairman of the local council of churches Very. Rev Philip Mintah said the MP has done a lot to support churches in the Bole District and they have find it worthy honouring him.

Very. Rev Phili Mintah said the MP has been help the churches for many years and not only during elections and they thank him for all he has been doing for them.

Hon. Alhaji Yussif Sulemana in a brief speech thanked the Bole Local Council of Churches for that honour and told them he will continue doing what he has been doing for them.

He said that though he is a Muslim he treat both Muslims and Christians in the District equally and for that matter that honour.

Hon. Alhaji Yussif Sulemana said he is over excited for the citation given him.

He encouraged all to keep praying for the Constituency for development.