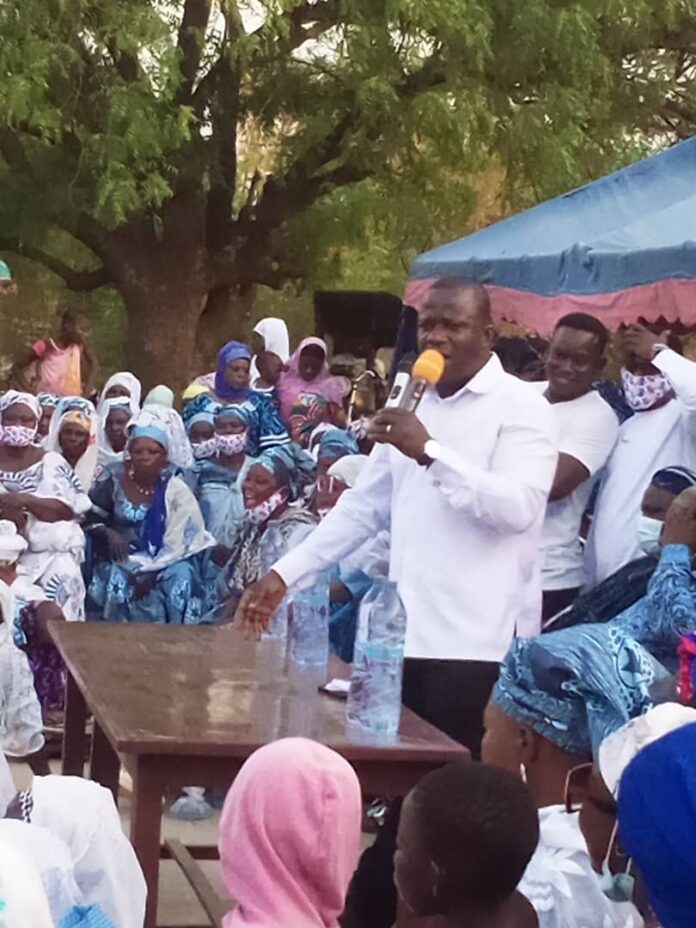 The Member of Parliament (MP) for the Damongo Constituency of the Savannah Region and Minister for
Lands and Natural Resources Hon Samuel Abu Jinapor has lauded a women group in Damongo called “Jinapor Mothers” for staunchly supporting him during the 2020 electioneering period.

The Minister who addressed the over 800 women at a get together in Damonho at the weekend said many of the women went through a lot in making sure he wins the Damongo seat with lots of them being harassed after throwing their support behind him. He said the name calling never deterred the women and he is grateful

The Damongo MP said he is happy that all insults and branding him “Buipe Burger” rather Motivated the Women to work hard for his victory in the 2020 parliamentary elections to become their MP.

Hon Jinapor urged the women to be more united than before since a lot is in the pipeline for them and without unity,there is no way their efforts can yield results interms of developing themselves.

He said among his five major key developmental agenda for the Damongo Constituency is women empowerment which the Jinapor Mothers women group will be considered first.

He further stated that the Damongo Constituency women empowerment program would be launched soon and anybody who matters in the Constituency will surely be attended to.

“Jinapor Mothers” is women group with membership in and around the Damongo constituency with their main branch stationed in Damongo. The group is fast tracked the campaign activities of the MP among women during the electioneering period, bringing onboard women in the Constituency leading to his victory.

An executive member of the group, Madam Ayishetu Bokuro lauded the efforts of the Damango MP especially in ensuring women empowerment in the Constituency.