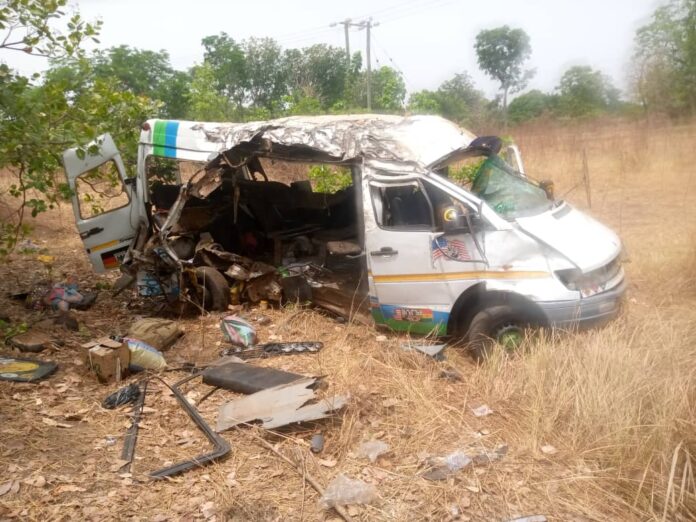 Eight people have lost their lives in a gory accident near Sawla in the Savannah Region when a Wa to Kumasi bound Sprinter bus with registration number AS 3022-15 somersaulted and crashed into the bush. Six of the passengers died on the spot including his mate Bashiru Mahama aged 28years with two pasing on at the hospital.

Twenty two (22) others in critical condition and responding to treatment at the Sawla district hospital whilst the deceased were sent to the Wa Hospital Mortuary for identification and burial.

According to the Sawla-Tuna-Kalba District Police Command, the 23-seater Sprinter bus was from Wa in the Upper West Region heading towards Kumasi on Thursday 18 March 2021.

According to the police, at about 11:00am, upon reaching the outskirts of the Sawla, a wooden storage box believed to be a student chop box fell off from another bus that overtook the Sprinter bus which then ran over the chop box, bursting a tyre before crashing into a bush resulting in the deaths and injuries.