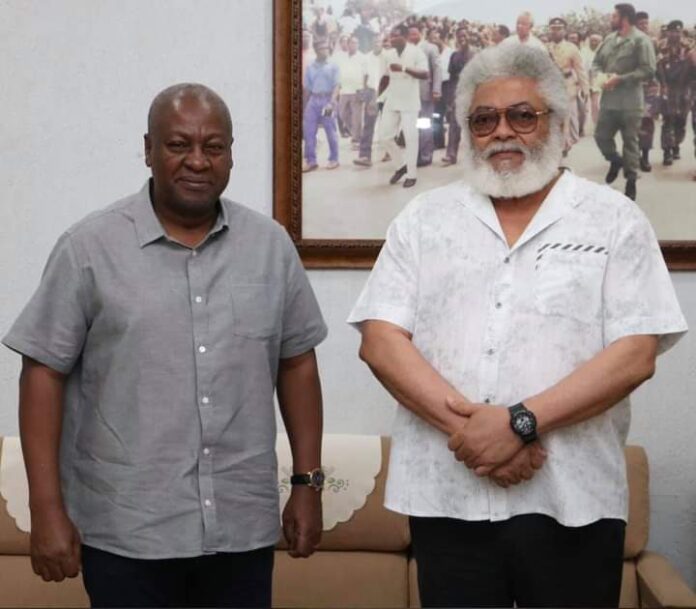 (A Hopeful Foot Soldier from Laribanga)

Conflict as Guy Burgess posits, “is the engine of social learning.” Without conflict, attitudes, behavior, and relationships stay the same, regardless of whether they are fair. In fact, conflict reveals problems and encourages those problems to be dealt with. Whether they are dealt with constructively or destructively depends on how the conflict is handled.

Conflict is an inevitable part of the life of every organization, especially, a political organization. Although frustrating, but it attempts to get various competing interests to shift towards the collective. This is an unpleasant fact which we must all accept as political animals.

It is extremely unlikely that two people living and working together in close proximity over a long period of time, would not disagree on anything. So, absence of conflict probably suggests that one person or group is being suppressed or is subordinating his or their view(s) or wishes to the other. This might be acceptable over the short term, but over the long term, it is very dangerous to the relationship. As anger, apathy, unfairness are likely to build up to the point where the conflict, when it surfaces, will be very intense, destructive and ultimately become the living monster the actors may live to regret.

In politics, conflicts are mostly driven by a sense of grievances-be it grievances over inequality, differences in principles and their applications, distribution of power and valuables, etc. So, when managed as a natural internal mechanism, conflicts can create room for addressing such grievances by overcoming the perceived shortcomings or affirming the growing positivity as a by-product.

The above are the reasons I personally opined that the ongoing conflict within the top hierarchy of the NDC is the beginning of a natural healing process. Unless we end up nurturing some conflict profiteers who would be working closely and within to ensure the conflict rages in order for them to profit and build their individual selfish empires.

As I intimated in my last epistle which dwelled on the rebranding of the NDC into an economic vehicle to fit into the new political order in Ghana, I still believe that is the way to get the party into an election winning machinery. The current orientation and persuasion of the party towards the vague social democracy is fast losing its relevance. It is as confusing as annoying to the growing, sophisticated NDC grassroots.

The NDC as it is now only needs common sense of direction to win any future election and not a visibly organized front. After all, history has it that political parties win the most unexpected victories in times when their fronts were not the best of shapes. Nkrumah won election with his CPP when he was in prison, just like Nelson Mandela of South Africa. As late as 2016, the NPP won their highest number of Parliamentary Seats since the inception of the 4th Republic. Indeed, they won without a substantive National Chairman and General Secretary. It takes a sense of purpose and direction.

What can make us survive the foregoing arrangement is to embrace the political realities, given the kind of system the current government is running. The mechanism in Parliament is something we must learn to understand. I mostly read from some foot soldiers who endeavor to urge their colleagues to behave like the Jinapors, the Ramadans and the like, because to them, they see these people as the living realities of our democracy. Ironically, the same people jump over their heads to question why and how compromises are made especially in Parliament. Do you know how relationships are built and how the affect decisions? You attend the wedding of your NPP friend in your village and eat his food, and you expect your MP not to attend a get together of his friend Kojo Oppong Nkrumah? Show me one NDC member who doesn’t share a thing or two with a brother or friend in NPP and I will leave politics. The reverse is equally the case.

The reality is that, what we read, see and hear about the workings in Parliament are just about less than 20% of what actually happens. How did the NDC get Bagbin elected as Speaker? Did we conjure the other two votes or some NPP MPs really voted for him? Can you identify those two MPs as of now? So why kill your own political future as a youngster when some MPs of NDC voted to approve ministers who would have been approved anyway? Venting one’s anger in the wake of unexpected betrayal is fair, but to the extent there was no other option to avert same, one should be measured in the expression of his/her disappointment.

Was Sammy Gyamfi wrong with his outburst? I dare say no! His outburst, given the exigencies of the time was a necessary evil. No matter how arrogant or selfish he sounded, as some people intimated, which is their opinions anyway, that outburst was the meal the grassroots of the NDC needed at the time to avert a possible mass protest, which could lead to very dire consequences going into the future. Maybe the only thing we need to make it the best of outburst is to attempt to reshape the excesses if there were any, to get the best of outcomes.

Maybe Sammy Gyamfi in expressing his anger, frustration and disappointment, shouldn’t have mentioned names and attached specific wrongdoings to them, especially, the leadership of the NDC in Parliament. It breeds mistrust and dent reputations without recourse to amends in the future. But like I said earlier, at that material moment, the grassroots needed to be appeased and assured that there were some leaders who feel their pain. It’s a way of managing people especially in politics. This is my opinion though.

Well, we even lost the election before the process started. Once we were short of 12 MPs, there was no way we could make up for any other outcome aside what we got. Remember the ministers needed a simple majority to win.

My dear comrades, beyond this conflict, what we (upcoming politicians) need to learn is the ability to maintain the highest form of restraint. Remember when you attack Hon Bagbin or Hon Haruna or Hon Muntaka because of your unalloyed loyalty to either H.E John Mahama or the NDC, you are only helping the big boys to destroy your political future. H. E John Mahama was MP, Deputy Minister, Minister, VEEP, President and still stand the highest chance of becoming the next President of Ghana. Right Hon Bagbin remains the longest serving legislator and even rose to become the Speaker of Parliament-enviable achievements for both men, not so? What about you? Where are you starting from when you go attacking and setting the front of the party apart?

The strategic position the NPP foot soldiers adopted in 2016 when the party was undergoing its worse form of conflict was to remain resolute behind their Presidential Candidate then and the party. This is the only way to build a party and future for oneself (as a youth) and not a slowly-moving vehicle for retiring political forces.

Was Right Hon Bagbin wrong when he stated that he was a speaker for Ghana and not for the NDC? A big no! He was right on point. And until we brace ourselves for these glaring realities, our disappointments will build up to permanent hatred for our identity as NDC subscribers. Did Bagbin say he was no longer an NDC member? He needed to make that statement to reinforce his power just like Sammy Gyamfi did to make the point that he speaks for the party. Which speaker would like to portray a weak image out there? Which speaker would make a public statement to accentuate his bias?

What did Mills mean when he declared father for all? Is it the very declaration that has caused the NDC this much? What did John Mahama seek to achieve when he displayed an all inclusive image? Right Hon Bagbin doesn’t need to sound like a poodle for the NDC in order to show his loyalty. Let’s get the difference. Even the divisive Nana Addo still make public statements that exude an all inclusive and a peaceful personality, it is called politics. I am not taking sides but just being real.

Why didn’t the speaker (Bagbin) vote in the election on that night? So how did he contribute to the lost of the NDC? How couldn’t Hon Haruna or Hon Muntaka get all NDC MPs to vote in a particular way when the voting was a secret balloting? I am not in any way defending betrayal. I felt betrayed myself the very moment Hon Mettle Nunoo and Dr Kpesah White decided to ditch their responsibilities and started to run errands for Jean Mensah. But I don’t hate them or would throw tantrums at them. Let’s hasten slowly as youngsters.

-John Mahama is now synonymous to the NDC just like Rawlings was some years back but, any attempt to sacrifice everything for him maybe hurting than helping him going into the future.

-The come back of John Mahama in 2024 will need the solid backing of the Minority in Parliament because, that is the only viable vehicle the NDC has aside its support base. So, let’s know which toes we step on and to what end.

-Nobody can claim to love H.E John Mahama more than Mama Lordina or Sharaf. So, stop destroying others in order to look good in the eye of HE. John Mahama. It is obvious he needs everyone including Koku Anyidoho and uncle Allotey.

-Anybody with a Presidential ambition in the NDC today has to sing from the hymn book of John Mahama. It’s not by his design but that is the reality. Whether you support him get his four years and leave the space or he steps out and endorse you, all are within his choice. But to clear him by betrayals and backstabbing will only delay the transition process.

-John Mahama is currently the most popular politician in Ghana, although I don’t believe that popular votes can win elections in Ghana after the outcome of the 2020 elections.

Let’s stop pitching camps at the detriment of the collective good. Everyone has his/her godfather or a demigod to worship, but remember to do so without obstructing the struggle. Forward it is!

Going forward, H.E John Mahama will need to be an integral part of the rebranding. In fact, it ought to start with him. He has to be ruthless, a little heartless, scary, pretentious, somehow utopian and deceptive, until power is won. Once we win, he can return to his usual humble John Mahama. That will fit him into the persona of the Prince Nicollo Machiavelli described in his book “The Prince”. This is the language the Ghanaian now understands, and not the truthful, honest and humble faces.

In conclusion, I want to plead that we try to turn the current dirt into a unifying force and push forward to victory in 2024. I am a hopeful foot soldier who’s still learning.