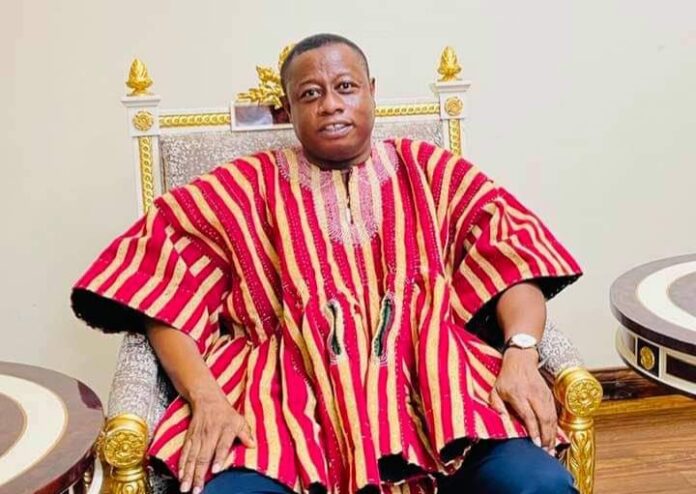 Hundreds of residents of the Savannah Regional capital, Damongo, thronged the principal streets of the town to welcome the newly sworn in Minister Hon. Saeed Jibril Muhazu.

Led by a motorcade of the Ghana Police Service, Hon. Jibril received a rousing welcome with motorbikes and cars with many others on foot following the vehicle of the new minister to his residence.

Speaking to Bole based Nkilgi FM, a resident of the Damongo popularly called “Cocoa” who joined the people to welcome the regional minister into town said he is very much hopeful that the water crisis that Damongo has suffered over the years will be a thing of the past since the minister has lived and worked in the municipality all his life and can testify how his people are suffering.

He added that Hon. Jibril will leave a bigger legacy if the water crisis is solved since that is the biggest challenge facing the municipality.

He added further that the issue of charcoal burning, logging and unemployment should also be a priority to the minister since these are other areas that needs serious attentions.

Hon. Jibril Muhazu Saeed popularly known as Jegede in Damongo succeeded the former Salaga South Member of Parliament Hon. Salifu Adam Braimah as the Savannah Regional Minister after serving as the District Chief executive for the then West Gonja District and later became the Municipal Chief Executive when the District was elevated to a municipal status.

The new Regional minister was also an assembly member for the Langbonto-Zongo electoral area in Damongo town and later a government appointee at the assembly in the erstwhile Kufour administration.

He was a Teacher at the Ndewura Jakpa Senior Technical School before he was appointed as DCE for West Gonja District (now Municipality).