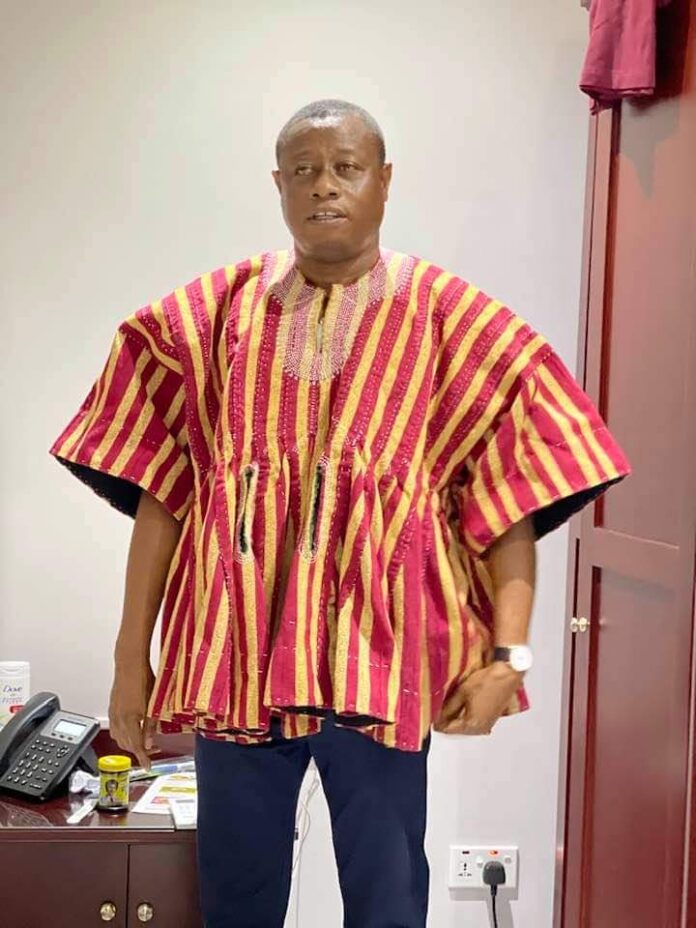 The Minister of the Savannah Region Hon Saeed Muhazu Jibril has sent a message of his strive to get to work as a servant to his people and also asked for Gods intercession to help him succeed as Minister of the biggest Region in the country.

Following their approval by Parliaments vetting committee President Nana Akufo-Addo sworn-in all the Regional Ministers to assume their respective positions.

Speaking after the swearing in at the Jubilee House, President Akufo-Addo urged the new Regional Ministers to be tactful in managing issues of security to ensure peace and again called on them them to coordinate effectively with Municipal Metropolitan and District Chief Executives (MMDCE’s), Chiefs and opinion leaders to transform living conditions of the people.

President Akufo-Addo said; “As Chairpersons of the Regional Coordinating Councils of your respective regions, you have the most regular and direct impact on the lives of the people. You set the tone for the administration and development in your regions. Another important role you play is that of the chair of the Regional security council. You do not need me to tell you that your most important function is to help ensure peace, law, and order in your regions”.

The Volta regional minister Dr. Archibald Letsa who spoke on behalf of all the Regional Ministers assured the Presiednt that they would not disappoint him.

“We want to assure his excellency, the good people of Ghana and our regions that we shall take this assignment with seriousness, dedication, commitment, and loyalty that it deserves. Mr. President, on behalf of my colleagues, I promise that you can always count on us. We will be your worthy representatives in all the sixteen regions of our beloved nation, Ghana,” Dr Letsa said.