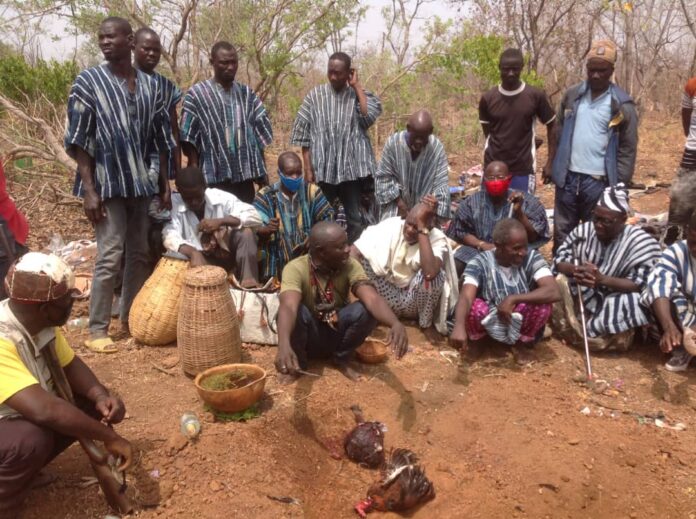 The Chief Priest of the Mankpan Traditional area, Tindana Benimu Aluwe has urged the people of the Gonja traditional area to respect tradition and never venture to do away with what the fore fathers of the kingdom has left behind.

Speaking during sacrifices to pacify the gods of the area to end road accidents on the Buipe-Tamale stretch last Sunday, the Chief priest said the government has neglected the important role played by the traditional authorities in terms of sacrifices especially in difficult times like this which is the result of what we are witnessing today.

He said he is very optimistic that the road accidents on that spot will soon be a thing of the past after what he and the traditional authorities did to pacify the gods of the area.

It will be recalled that within a spate of 20 days in February 2021 alone, 28 lives have been lost with several others injured in four (4) separate accidents on the same spot at Domeabra also known as Mpaha Junction or Mile 40 near Buipe in the Savannah Region.