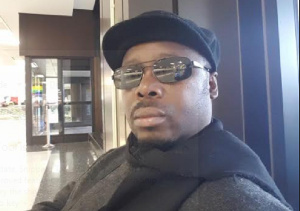 The political battle in Bole is nearing its peak with a sensational change in the dynamics on who gets the nod as the District Chief Executive (DCE) of the area.

Known as Lord Ken in the political parlance, Mr. Braimah Abdulai needs no introduction within the Savanna belt of Ghana despite the geographic separation.

In what appears to be a youthful project fronting for someone with grassroots affiliations, Lord Ken, topped the lots in the race for the Bole DCE.

Mr Braimah Abdulai is highly revered by numerous youth groups in the Northern belt of Ghana and cuts across most constituencies from Salaga to Bunkpurugu, where he had stints. It’s not a mistake some nicknamed him ‘Machiavelli’.

His generous hands and nature earned the respect of many whom he severed. As a grassroots man, he was Fundamental in the naturing of party youth in Bole.

Places like Mandari, Chache, Bale, Nsumiya, Gbenfu, Manfuli where the NDC sweeps will be cut out due to his relationship with such towns. Bole Bambi needs such experienced hands to maneuver the system to the advantage of the NPP.

“He is the type of leader needed to help our PC end the political hoodoo in Bole Bamboi constituency”, a youth leader reveals on conditions of anonymity.

Another youth wing cited his understanding of party, governance and links within the youth groups as the main reason why they should appoint him.

“We are talking about someone whose appointment will benefit the party beyond the northern region. He is loved both in NDC and NPP because of who he is and will bond the party with his skills and position. If I am given the nod I will confirm him with eyes closed. We can’t miss out on stars like this in the name of who you know. It is either Lord Ken or another wrong and self-motivated decision”, a disappointed NPP youth leader explodes.

Meanwhile, political pundits are playing their cards around Mr Braimah Abdulai to take over the Bole Bamboi DCE to cap a new era for the NPP within the constituency.