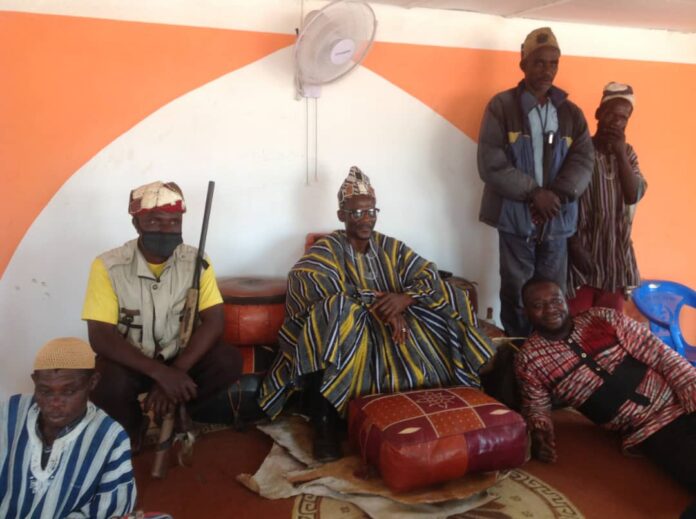 The Paramount Chief of the  Mankpan Traditional Area of Gonja, Mankpanwura Anchor Ade Borenyi (I) has appealed to government to help end the road accident in his territory on the Buipe to Tamale highway that falls under the Central Gonja district of the Savannah Region.

Mankpanwura Anchor Ade Borenyi (I) in an interview with Bole based Nkilgi FM  used the opportunity to call on the Savannah Regional Highway Director Mr Paul Duah to as a matter of urgency take some steps such as providing at least 3 speed ramps in the area and also find other scientific approaches to end the road carnage in the area whilst the traditional authorities in the area also handles the social approach of pacifying and cleansing the ancestral gods.

He added that the fact that the stretch being a highway does not suggest lives should continue to be lost unchecked.

The Mankpanwura further added that society is very complex with every life also being important and must be protected. He said social responsibility in the view of the Mankpanwura requires therefore the right social mix to resolve societal complexities.

The Assemblyman for the the Domeabra  electoral area, Hon. Akati Kewura also in an interview appealed to drivers plying that stretch to always drive carefully since precious lives are lost on that particular area with some of the accidents happening on the blind side of the media.

He however commended the National Ambulance Service, Ghana National Fire Service and the Ghana Police Service for the swift intervention they always put together no matter the time of the accidents.

He also thanked the traditional authorities in the area for the sacrifices made to bring to end what he described as very barbaric lost of precious lives in his traditional area.

It will be recalled that within a spate of 20 days in February 2021 alone, 28 lives have been lost with several others injured in four (4) separate accidents on the same spot at Domeabra also known as Mpaha Junction or Mile 40 near Buipe in the Savannah Region.