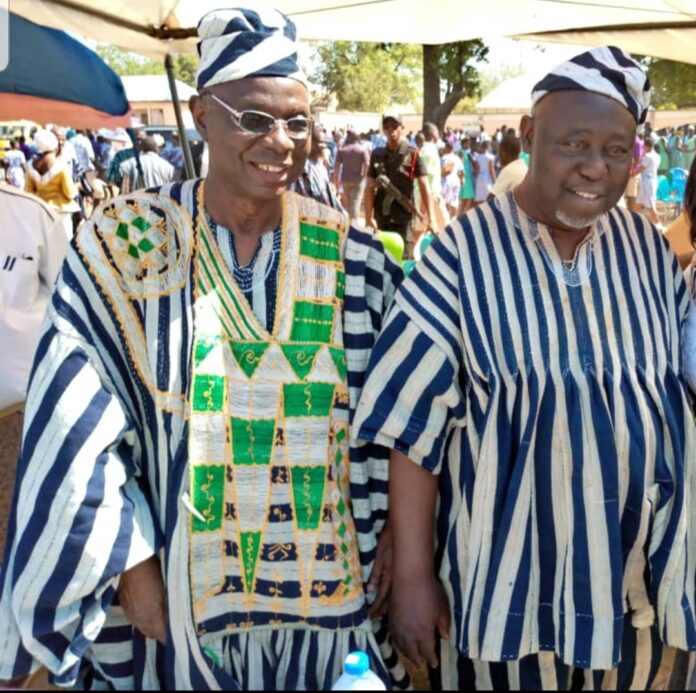 A total of four candidates have filed their nominations to contest the election of the Member of Council of State position to represent the Savannah Region.

The first contestant Alhaji Adam Zakariah was born in Bole to Maluwewura Zakaria of Bole and Mantewuche Achulo of Buipe. He was the Principal of Bagabaga College for many years till he retired in 2015.

The second contestant Alhaji MND Jawula is the Lepowura (Chief of staff) to the Paramount Chief of the Kpembe Traditional area the (Kpembewura) since 2006.

He was the President of the National union of Ghana Students (NUGS) at the University of Cape Coast in 1968.

He joined the civil service of Ghana and served as Assistant DCE in Yendi in 1976 (the days when senior civil servants were appointed DCEs in Ghana). He was DCE for the newly created district of Walewale and then to Gambaga/ Nalerigu as DCE between 1981 to 1983. He was posted to the Tamale Regional Administration office as Deputy director between 1983 to 1988 and proceeded to Carleton university in Ottawa, Canada as a Lester Pearson Fellow.

In 1989 Lepowura was got posted to the Ministry of Finance in Accra and rose through the service from Deputy Director to Director and Head of Administration till 2003 when I was posted to the then Ministry of Harbours and Railways as Chief Director.

In 2006 he was posted to the Ministry of health as Chief Director and in 2008 resigned from the civil service for wearing an NPP T shirt at a rally in Kasoa with the pressure to resign coming from some competitors who were contestants as Running mates to the Flagbearer of the NPP.

Lepowura MND Jawula who has passion for football was Chairman of the Ghana Football Association between 1997-2001. He is currently a member of CAF Inter club committee and CAF/FIFA Match Commissioner getting busy some week ends supervising football matches on the African continent.
I’m also currently the Chairman of the GFA’s committee for Ghana’s Premier league.

The fourth contestant Mr Mohammed Adam Abdul is a Lecturer at the Bolgatanga Polytechnic in the Upper East Region. He is also the Secretary of the Gonjaland Youth Association.

General Manager of Bole based Nkilgi FM Mahama Haruna in a statement Mahama Haruna said; “I formally announce my withdrawal from the Savannah Region Council of State Elections scheduled to take place on 12th February, 2021. I have consulted widely, done some musings and have come to the conclusion that I should step aside from the contest and allow Elders of the Region to contest while we await our turn in future”.

The Council of State election is scheduled to take place on February 12, 2021 across all.regjons or Ghana.