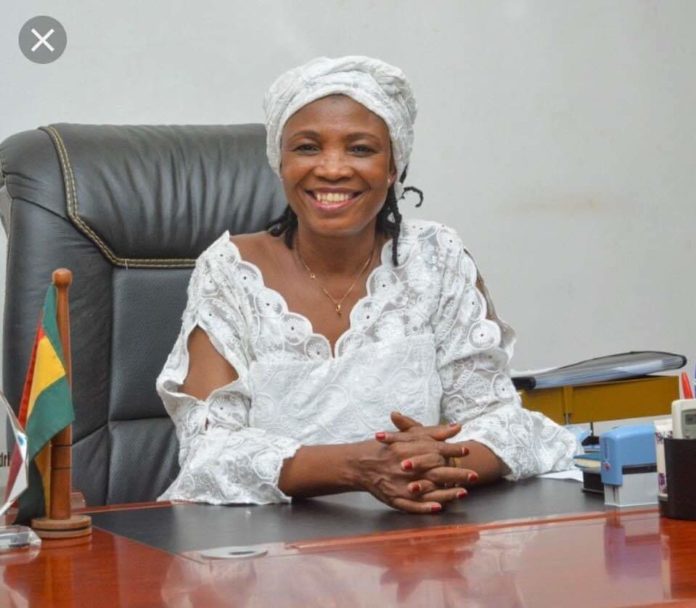 The District Chief Executive (DCE) for Bole Madam Veronica Alele Heming has thrown a challenge to the DCE former President John Dramani Mahama appointed during his four year tenure debate her on projects in the Bole District.

The Bole DCE said President Nana Akufo-Addo has done so much for the Bole District in four years and she relishes an opportunity to let the people of the district know what they have done as compared to the National Democratic Congress government.

But the NDC in the Bole- Bamboi Constituency seem to rubbish the write up claiming it has about fifteen stolen projects and that the NDC under former President John Dramani Mahama has a superior track record in terms of projects.

The Savannah Regional Deputy Communication Officer of the NDC Mr R.A. Jalil however said not until President Akufo-Addo accepts the debate challenge from former President John Dramani Mahama they might not accept a debate between their DCE under Mahama’s government and the current DCE for Bole.

Madam Veronica Alele Heming replied that; “Charity begins at home. Please let us start in Bole. We can get a venue. I will arrange the venue. No time to waste” adding “It seems you (NDC) don’t want me to debate Hon Jaaga. You have been moving the goal post from the beginning”.

Meanwhile Bole based Nkilgi FM has expressed interest in hosting the debate in their studio or arranging for a town hall meeting for the debate.

A short statement for the General Manager of the radio station Mahama Haruna said;