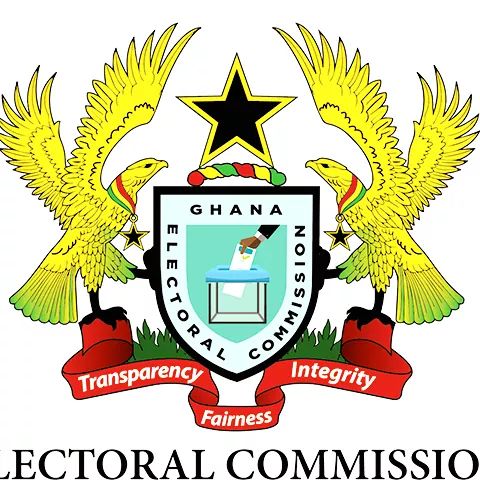 When the devil wants to use people, he looks for someone who is willing to be used. He doesn’t go for a person whose spirit opposes the acts of the devil. This is exactly what Nana Addo-Bawumia led NPP government and the EC Chairman and her commissioners, are doing. It is becoming very obvious that Nana Addo is using the EC to perpetuate his grand agenda in trying to rig the 2020 election and the EC, hiding behind their “independence,” is aiding and abetting the ruling government as they flippantly disregard common sense.

I listened to Kojo Oppong Nkrumah talking about the action of the Electoral Commission and its flippant disregard to the President’s directive against all forms of gatherings. He maintained that the EC was an independent body and therefore, they are insulated from any executive control. He further said anyone who is not happy with the EC can go to court.

Should I be surprised by this trite excuse? Isn’t it the same argument or chorus always being sang by the government and its NPP officials any time the behaviour of the EC Chairman Jean Mensa and her EC comes under public scrutiny?

The EC started baring its ugly teeth, ready to pounce on the slightest chance like a wild dog to carry on with their diabolic decision to compile a new voter register. No amount of ‘public’ outcry, including the use of demonstrations, court actions, fora, etc, could compel them to barge. For them, they are epitome of wisdom and dictatorship.

In the midst of the lockdown when Ghana started recording its COVID-19 cases, the EC was nicodemously registering people in the Eastern Region albeit the presidential directives suspending all forms of public gathering. It took the Ghana Medical Association’s protest to go on strike if the EC was not called to order before common sense prevailed. The EC had to eat humble pie and subsequently called off the registration.

Just as many meaning and discerning Ghanaians were heaving signs of relief, EC again, under the cover of ‘darkness’, decided to conduct a training workshop for its Directors and Deputy Directors at the Escape Hotel in Prampram despite a court injunction. The workshop was part of the Commission’s preparation towards the compilation of a new voter’s register.

Well, just as Oppong Nkrumah ‘boastfully’ stated, “they can go to court,” Sam George, the Member of Parliament for Ningo-Prampram, upon hearing of the said workshop quickly went to court to secure an injunction, restraining the Electoral Commission from holding the workshop in his constituency. The ex-parte injunction, granted by the Tema High Court, was to take effect from Friday 24 April to Monday 27, April.

The supposed human right lawyer and an astute lawyer in the person of President Akufo-Addo and another lawyer, Jean Mensa, operate on the axiom: “you can have your say and we will have our way.” Yes, in furtherance to their continuous disrespect to the rule of law, astute lawyers who should know better, still went ahead to organize the workshop at the said venue disregarding the injunction, a clear show of who is in charge.

The EC officials with the aid of National Security, knew what was in stock for them so they had heavily armed security personnel stationed at the venue to ward off any hanky-panky movements from the National Democratic Congress. The NDC went there to have the injunction enforced but the EC still had its way.

The EC may be pretending to be using the law that sets them up but in reality, they have the Executive, National Security with the police administration, and all other state organisations backing them. It is like the executive arm led by the President saying the EC is independent but, in the closet, they are being emboldened to go ahead, damned the consequences.The EC chair is not just a puppet in the hands of Nana Addo, she is a willing soul that is ever prepared to be used to perpetuate illegality. It is ONLY Nana Addo who can call the EC to order. He is the only person whose voice would resonate well in the ears of Jean Mensa.

All the signs are boldly written on the wall, that the EC is trending on dangerous grounds, but they should always remember that they may not “have their ways” always. There is a Supreme Being who oversees the affairs of men and just as He did to King Nebuchadnezzar, so would He deal with some of them. The EC can do all it wants by trying to rig the 2020 election for Nana Addo but God still determines who should be a king.

As for the police, the least said about them, the better. Same police went to arrest a pastor and his church members, a wedding couple and all those at the wedding, etc, for breach of the presidential directives but in the case of the EC, it rather offered them security. Illegality under police protection.

These culprits have since been prosecuted and fined several sums of money. Yes, these may be a small axe, but the same small axe would always be used to fell the big tree.