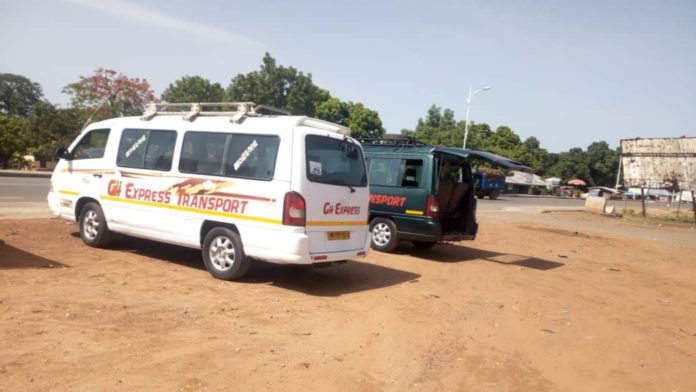 A new passenger bus station has been officially opened in Damongo in the Savannah Regional capital on Monday 27th April, 2020.

The station with the name GH Express Transport has mini Sanyong buses that moves from Damongo to Tamale every day with the first bus leaving the station as early as 4:00am.

Speaking to Bole based Nkilgi FM, Chairman for GH Express Transport Company, Mr Alex Kumatey popularly known as Arizona said the company started operation on Monday 27th April 2020 with 3 of the buses sending passengers to and from Tamale free of charge as a way of introducing passengers to his transport company, and that the company has 5 buses to start with.

He said Damongo the Savannah regional capital is fast developing with lots of passengers always getting stranded as a result of monopoly.

Chairman Arizona added that his aim is not to make profit but to render quality transport services that comes with safety to the people of Damongo.

He added that the free transportation will continue for the next two Days (Tuesday 28th April to Wednesday 29th April, 2020) after which passengers will be charged Ghc 10.00 as fare from Damongo to Tamale and Tamale to Damongo from 1st May, 2020.
The GH Transport Chairman said the loading point in Damongo is Chairman Issahaku Jamani Singapore’s base directly opposite the Damongo Police Station or near the Damongo town park.

Mr Alex Kumatey Arizona said im Tamale, the the buses will load closer to the Vodafone main office near the NIIT building that also houses Radio ABC and 123 FM respectively.