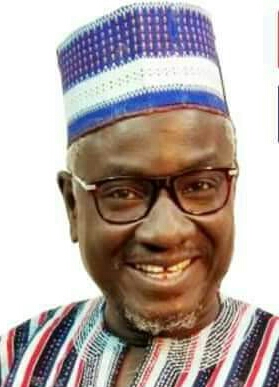 The New Patriotic Party (NPP) Chairman for the Savannah Region, Alhaji Sulemana Iddrisu aka Professor Kalamonia on Saturday 25th April,2020 had the keys of his official Pickup with registration number GM 389-17 seized and the tires deflated by a group of young men who call themselves party security in the Region.

The incident happened at the Savannah Regional Coordinating Council in Damongo during a regional executive Committee meeting of the party.

Speaking on the issue, the leader of the group who gave his name as Commander of NPP Security said the Savannah Region NPP Chairman’s activities in the region is geared towards pushing the party into opposition hence their action.

The leader accused the Chairman of allegedly undermining the youth front and embezzlement of contract cash meant for the youth of the party.

The leader of the NPP Security said Proff Kalamonia was given a contract for them and he refused to give them the contract hence their action.

He said the vehicle belonging to Proff Kalamonia was not  damaged and that only the tires were deflated.

He accused the Savannah Regional Chairman of saying he cannot work with everybody including government appointees like the Savannah  Regional Minister Hon Adam Salifu Braimah, the Managing Director of the Ghana Water Company Dr Clifford Braimah and all Municipal and District Chief Executives (M/DCE’s) in the Savannah Region.

The NPP party Security leader said  there was a meeting between him and the Regional Minister and the DCE’s for North East Gonja and North Gonja on 25th April, 2020 where negotiations took place and the key to Prof Kalamonia’s vehicle was released to to the Regional Minister.

He said Prof Kalamonia is only concerned about his stomach and has neglected many party members that are working hard for the party.