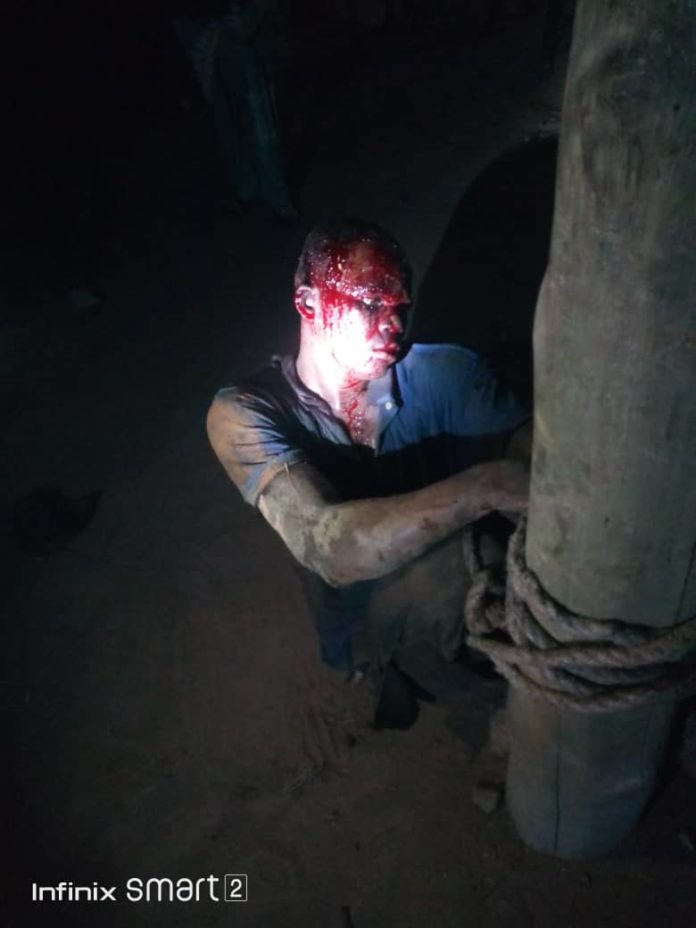 The family of late Isaiah Abraham Sandowa 34, who was beaten to death at Lingbinsi in the North Gonja District of the Savannah Region has vowed to go at all length to seek justice for their son and brother.

Speaking exclusively to Bole based Nkilgi FM, an elder sister of the late Isaiah Abraham Sandowa and spokesperson to the family, Madam Alidu Tika Comfort said her late brother was wrongfully accused of stealing and beaten to death by a mob who never found anything on the victim apart from a mobile phone and an amount of Ghc4.

Miss Tika Comfort who is a Nurse said a woman known as Madam Asia who trades in charcoal in the area reported that her Ghc1,000 was stolen but later found the money after the victim was given instant justice of beatings which led to his death on the spot.

Madam Comfort Tika was at the Savannah Regional Police Headquarters in Damongo to lodge an official complaint to the police to help in the arrest of the perpetrators to face justice.

It will be recalled that Nkilgi FM reported the lynching of Isaiah Abraham Sandowa im the early hours of Wednesday 22nd April 2020.

Isaiah Abraham Sandowa was beaten to death at Lingbinshi near Daboya in the North Gonja District of the Savannah Region after he was accused of stealing.

The deceased was tied to a stake and beaten till he died with two men from the Lingbinshi Community, Basigwe Mustapha (28 year) and Basigwe Latif (31 years) who are same father but different mothers mentioned to be the main culprits behind the beating of the deceased to death.

Reports say the deceased had only GHc4 and a “yam” mobile phone when he was arrested.

Meanwhile, the North  Gonja Divisional Police have commenced investigation into the matter after inviting the Charcoal trader and taken her statement. No arrest has so far been made.

The body of the deceased has since been buried after the Daboya Police visited the scene.