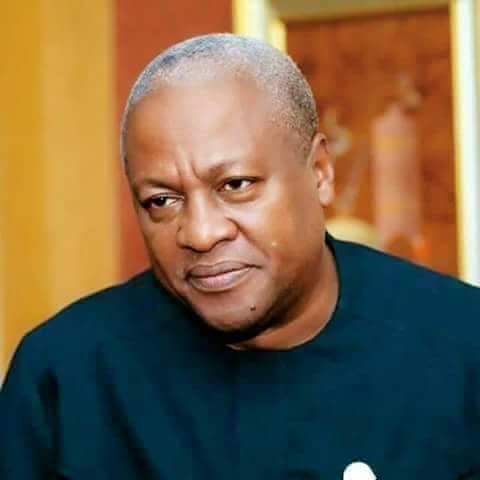 By politicsafrika -11th April 2020
The covid-19 pandemic has vindicated millions of Africans who have said African visionary leaders are few and far between.

The great majority of the leaders on the continent are the same: corrupt, incompetent, arrogant, nepotistic and dictatorial. Many Africans are fed up with the type of leaders we have. The reason for this disenchantment and lack of trust in our leaders is apparent. Most of these leaders have done a little to improve the welfare of their people, who languish in poverty while their leaders and their family members live in opulence. Today, PPE and other health equipments needed by our health personnel to fight covid-19 in Africa is a big challenge. With all the juicy loan agreements signed by our governments, leaders cannot raise money to buy kits for testing covid-19 and equipments for contact tracing.

Politics is a driver of economic progress of a country. We elect leaders to bring development and improve our living condition. In the book dubbed ‘Why Nations Fail’, Robinson and Acemoglu affirm the major difference between developing and developed nations lies in their political evolution. Developed nations have inclusive political and economic systems, which offer more opportunity for wealth creation. The situation is the opposite in Africa. The elites have a solid hold to power and use their influence to channel economic resources to enrich themselves and their cronies. They are led by people who lack vision and direction like aircraft being flown by pilots who did not attend pilot school.

Incompetence among the continent’s leaders is not an isolated problem, but a reflection of our leadership culture. The covid-19 pandemic shows us that Africa needs leadership development systems, and it is crucial for our development partners to appreciate how cultural differences affect these.

People who should be enjoying their retirement with their grandchildren are elected to lead our countries with all the mplex challenges. As scary as the situation is, a lot is in the hands of people who owe their position not to meritocracy, but cronyism, political loyalty and corruption.
People thought multiparty democracy and its intentions would produce effective leaders, but this is not the case in Africa so far,. Despite elections being held and new leaders assuming office, things never seem to change. In many occasions, the policies and alleged corrupt activities which were subject to criticism by opposition leaders suddenly become acceptable when they win elections.

That notwithstanding, we still have some few good and visionary leaders and former leaders in Africa. With sincere and relentless efforts of Ghana’s former President Mr John Mahama, Ghana is now enjoying a positive acceptance throughout the world, earning prestigious global commendations as mark of recognition to the country’s gradual development. As a visionary leader of the first independent nation (Sub-Sahara), Mr John Mahama uplifted the country’s image and made a significant contribution to country’s infrastructure development, national economy and politics by way of his outstanding leadership. Ghana has been outstanding in the covid-19 fight because of the massive investment Mr Mahama made in the country’s health sector. I am not surprised of his achievement because of what I personally witnessed working closely with his team during the Ebola epidemic. The kind of advice he gave to experts and the seriousness he attached to his work were phenomenal. He has already been adjudged as a global icon, earned much appreciation and laurels from world leaders and heads of international bodies including the UN Secretary-General on different international platforms, as they saw in his leadership the rare quality of freeing the once bracket case Ghana from poverty and hardships to turn it into a golden country and also, that strong desire to help lift the continent from its position. Mr Mahama’s visionary leadership is what the continent needs at this crucial period.

We need leaders who will commit our resources into massive infrastructure development, improve our health sector, improve the socioeconomic status of the citizenry, and improve our governance systems.

I was invited to the 2013 Alumni Lecture of the University of Ghana at Legon by Dr Chambas. The topic was “Governance and Leadership”. It was attended by people from the country’s academia, politicians and some distinguished personalities in Africa. I did not agree with Dr Chambas when he described Ghana as the rising star of Africa. I agreed with him when he described the country as a shining example of democracy and stability but disagreed with his rising star accolade. But I changed my position on his rising star accolade when I attended a U.N conference in Ghana recently. I saw significant improvement in the country’s infrastructure. From their International Airport to my hotel, you see real improvement, you see development. I am not surprised the country is doing well in the covid-19 fight because of what I saw during my visit.

Mr Mahama with his visionary leadership, constructed roads, built hospitals, schools and other projects for his people. The ICT sector is one big thing I saw in Ghana. Under his bold and visionary leadership, the government of Ghana transformed the country’s international airport to a first class standard. Mr Mahama has been listed as one of the greatest leaders of the continent because of these landmark achievements.

Mr Mahama knows the art of compassion. Journalists and editors of our magazines should have featured him on their platforms and pages than offering their platforms to those despots, tyrants, shamed gurus, and other wannabe nobodies who became somebodies. But it’s always nice to look at issues and personalities in hindsight. Our current leaders on the continent have a lot to learn from Mr Mahama as they battle with the covid-19 pandemic.

Development partners across the globe who have a genuine interest in Africa’s wellbeing should recognise the existence of extractive leadership systems. These are structures that allow misappropriation by people who aren’t willing to create any lasting solution for their country as Mr Mahama did for his people. Instead they should channel their resources to human development projects outside the state, including education, leadership trainings, civil societies and free media.

Until then, Africa will remain prone to control and influence by powerful figures who lack a clear vision for their countries.
Desmond Kayanja Muhanga is a Journalist, Founder and Owner of African Perspective Magazine