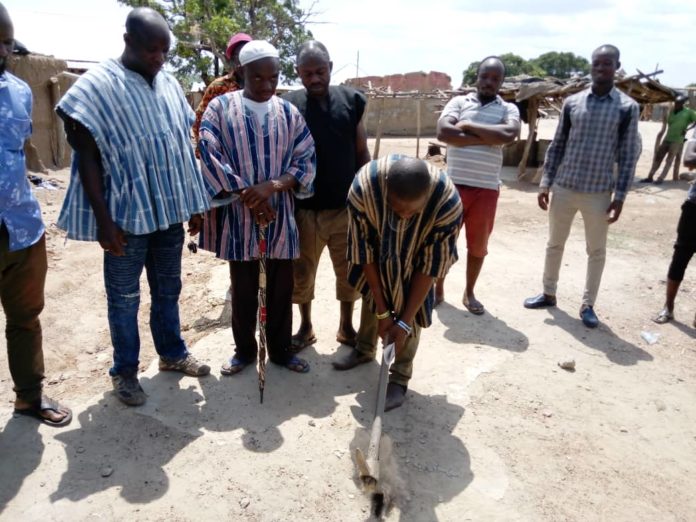 The New Patriotic Party (NPP) Parliamentary candidate for Bole- Bamboi Constituency of the Savannah Region Mr Dabid Sei Demah on 7th April, 2020 cut sods for a number of projects on the Bole District under the $1million per constituency policy of the government of President Nana Akufo-Addo.

Speaking to Bole based Nkilgi FM after the sod cutting events in a number of communities, Mr David Sei Demah said prior to the 2016 elections President Nana Akufo-Addo promised every Constituency $1million for projects and the Bole- Bamboi Constituency has not been left out. He said President Nana Akufo-Addo has converted the money into projects and that the said projects have been channeled to NPP Parliamentary candidates to identity communities that urgently need them.

David Sei Demah said the projects are meant to improve the lives of the people and pleaded with the constituents in Bole- Bamboi to give him the chance to be the Member  of Parliament (M) and more projects will come to the Bole- Bamboi Constituency.

He said not all communities have been earmarked for the projects in the Constituency and that those not getting now will be considered the next time such projects are to be executed in the area.