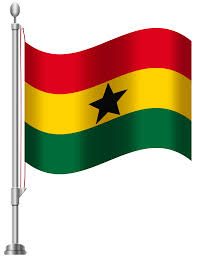 The novel Covid-19 is a serious threat to the existence of mankind on earth. Many are losing their lives everyday. Italy has recorded  6,077 deaths so far and still counting. Their major mistake is what some Ghanaians are doing today; taking things for jokes and thinking they are immune to the virus. There is a saying that “the wisest man is one who learns from the mistakes of others.”

Let’s fight this together so that what is happening in Italy and other parts of the world does not happen to us.We always blame the government for not doing much, putting on our political caps and talking too much. But we are not doing what we, as citizens, should be doing to help ourselves.
We are being told by the government, health officials and other stakeholders to stay at home and avoid contact with people since we can’t tell who has the virus or not.

Unfortunately, some of us are still heedless and making fun of the situation.

Currently, ‘ quarantine’, ‘social distancing’, and ‘self isolation’ are the trending words in Ghana especially on social media.

Instead of applying the meanings of these words in our daily lives, we rather make fun of them and when things become worse, we blame the government.

These are critical times hence we need to suspend jokes till further notice as almost everything has being suspended, including religious gatherings and activities. People are dieing, so don’t think you are safe.

Ghana is one country that some or most people behave hypocritically and end up regretting later. We prefer to use spiritual means to solve physical problems that require thinking and physical efforts, as if we are that religious. But when it comes to adherence to our religious principles, we find excuses for disobeying the laws. Where then do we stand?

Doesn’t all religions preach about the obedience to authority?

Why then are we disobeying our leaders by not sticking to their directives. Why don’t we stay at home and obey the given protocols?

How important is that business transaction more than your life.

After all, how much land does man need? Just six feet down the earth is all you need so why do you risk your life for this world at this critical time? Noah (peace be upon him) admonished his people, telling them of the calamity that would bafall them if they disobey. His people acted like we Ghanaians are doing today and they were destroyed by the flood. Let’s not be like such people who take serious matters for joke.Please stay safe because the virus doesn’t know a rich man nor a poor man.

Currently both are in isolation. This is enough to make you believe that, it is not a joke.

“When the green leaves are burning, what will the dry ones do?”