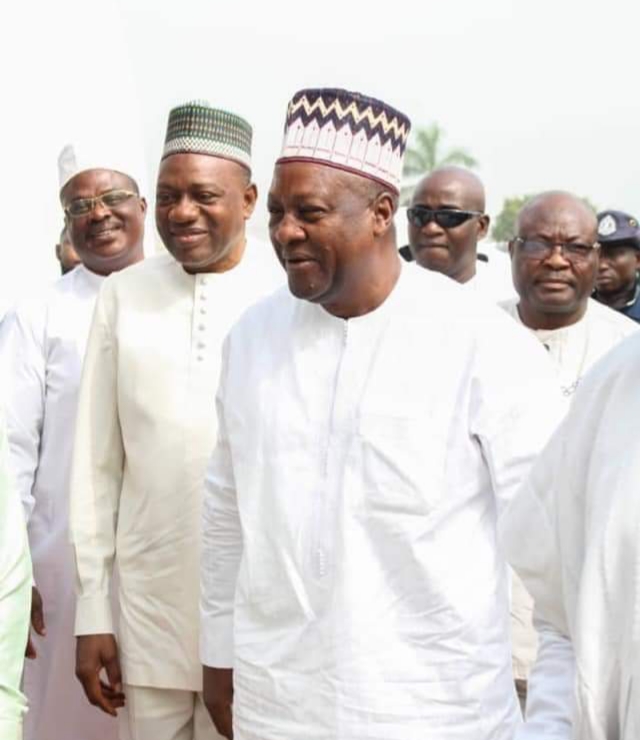 The flagbearer of the National Democratic Congress (NDC) John Dramani Mahama has postponed his intended visit dubbed ”Speakout tour” to the Savanna Regional capital of Damongo.

The former President was scheduled to visit his home Region (Savannah Region) on Wednesday 11th March 2020 but had to postponed the tour indefinitely because the region is still in a state of mourning following the sudden demise of the the Paramount Chief of the Tuluwe Traditional Area Yiram Tuluwewura Mahama Bunyanso who passed on Thursday 5th March,2020.

Tuluwewura Bonyansa was the first Chief from Gonjaland to be a Member of the Council of State representing the then Northern Region.

The late Tuluwewura  served as a Member of the Council of State representing the Northern Region in February, 2013 under the  John Dramani Mahama administration.

Savannah Regional Organiser of the NDC Mr Abdulai Inusah in an interview with Bole based Nkilgi FM said all arrangements for the NDC flagbearer had been put in place only for the unfortunate incident to happen.

Mr Inusah said a new date will be communicated later to the people of the region.

Former President Mahama has already  toured parts of the Western North region  and the Ahafo regions as part of his speak out tour.

He was expected to visit the region to interact with market women, tailors hairdressers and others.