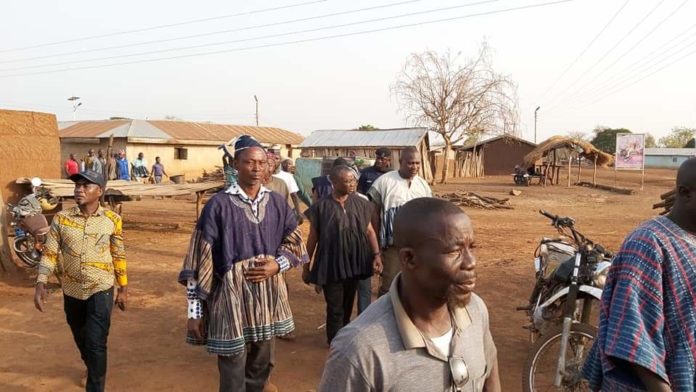 The Savannah Regional Minister visited Tuluwe in the Central  Gonja District the Savannah Region to mourn with indigenes over the sudden demise of the Paramount chief of the Tulwe Traditional area Yiram Tulwewura Mahama Bunyanso.

The Minister Hon. Salifu Adam Braimah rushed to Tuluwe immediately after the 63rd independent celebration and the maiden Regional March past hosted in the Savannah Regional capital (Damongo).

As custom demands, on arrival the minister with his entourage called on the elders of Tulwe, and he was duly and officially informed of the demise of their Paramount chief. They also took the opportunity to inform the minister and his team that the body of Tulwe wura Bunyanso will be laid to rest today 7th March 2020, however all traditional rites necessary to pave way for his burial have been observed.

Hon Salifu Adam Braimah thanked them for exhibiting high sense of maturity and holding on to tradition. He told them to get him notified once they finally resolve on when the final funeral rites will be held.