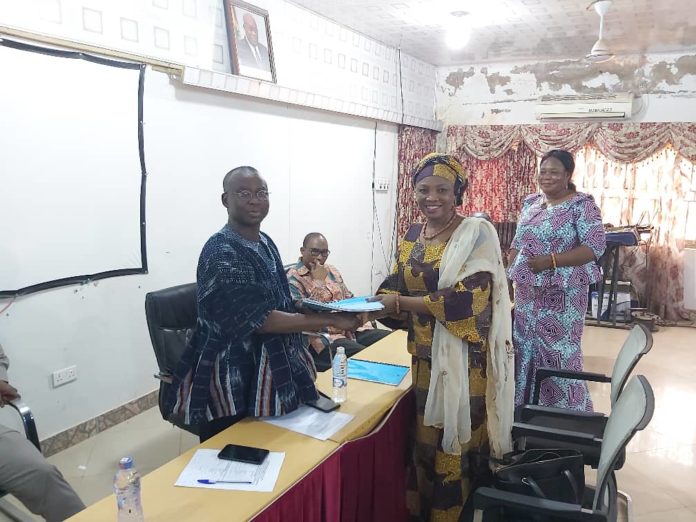 It is an exercise that has existed for some years now and seeks to strengthen the working relationship between Metropolitan, Municipal and District Chief Executives (MMDCE’s) and the Municipal and District Coordinating Directors and some other departmental heads at the MMDA’s to yield good results under a good working environment.

The Savannah Regional Coordinating Director Alhaji Adam Mohammed Baba speaking at the event said the performance chart of the various MMDA’s was published across the country a few months ago and that  Municipal and districts Assemblies in the Savannah Region performed abysmally with many attributing the appalling performance to the MMDCE’s even though it was wrong to blame them alone because a chunk of the work is being executed and facilitated by the Coordinating Directors and other Departmental heads.

Mr Baba said It was therefore inappropriate to attribute non-performance to only the MMDCE’s.

The Savannah Regional Minister, Hon. Salifu Adam Braimah in a speech  encouraged Coordinating Directors to ensure that they push their way through to make sure the right thing is done at the assemblies.

He said; “Many of you Coordinating Directors complain that your MMDCE’s are not always available and others are not approachable, those excuses will not be given any form of attention henceforth, we have all been assigned to work and once we have accepted the offer then we must work relentlessly and effortlessly for God and the country”.

The District Chief Executive for Bole District, Madam Veronica Alele Herming in an  interview shortly after signing the memorandum with Nkilgi FM said she was overwhelmed with the performance of her district being adjudged as the overall best district in terms of performance in the Savannah Region.

She said there was an allegation some time back that her district was last in the district assembly ranking which according to her was false because the team that came to the assembly to assess their performance of met the absence of some officers that led to the low ranking of the assembly.

She used the opportunity to thank all the workers in the assembly for their support and dedication and further urge them to do more to enable the district assembly to continue to top all the remaining 6 districts in the region.

The Sawla- Tuna- Kalba District assembly also emerged as the best district in terms of Sanitation in the entire Savannah Region.

Hon. Tamimu Lawal, DCE for the district also in an interview with Nkilgi FM’s  Zion Abdul-Rauf in Damongo said even before the creation of the Savannah Region, his district was doing very well interms of sanitation.