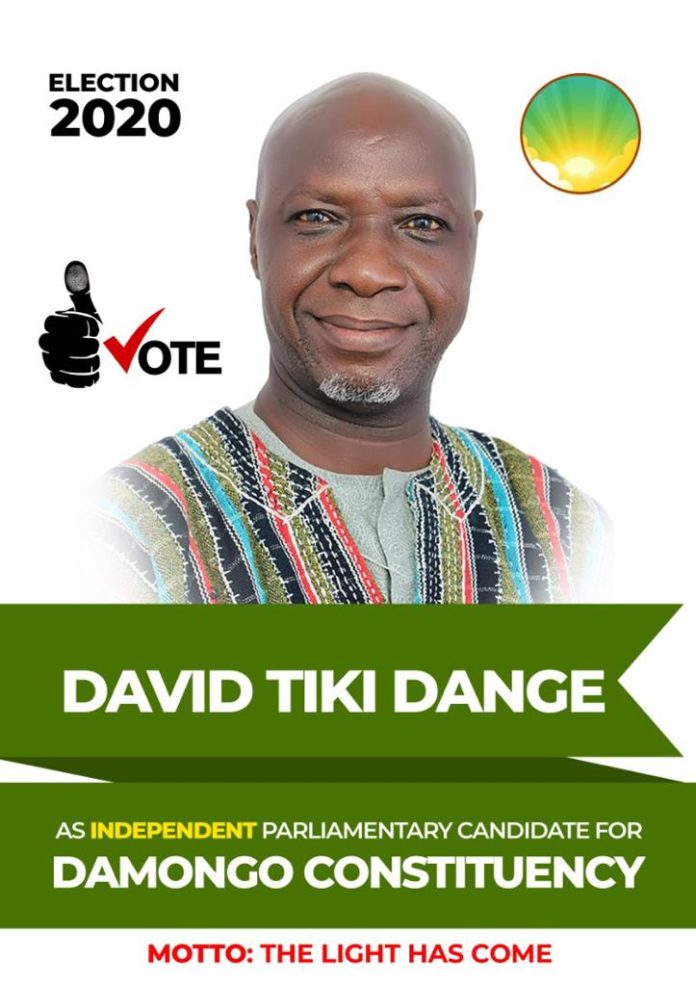 Former UN Security advisor, Mr David Tiki Dange has confirmed earlier stories that he is contesting in this year’s parliamentary elections in the Damongo Constituency, West Gonja Municipal of the Savanna Region.

Speaking on the morning show of Bole based Nkilgi Fm on Tuesday 3rd March, 2020, the acclaimed Criminologist said he would be going as an Independent Candidate.

He said; “It’s a calling. After you develop yourself, you must heed to your call to help your people. My people need me now, and, as a royal of Damongo, I cannot turn my back on them when they need me most”.

According to the International Security Consultant, the good people of Damongo Constituency are fed up with politicians who only represent themselves and their parties in the name of Damongo in Parliament.

He emphasized; “My people are yearning for a competent man of unquestionable integrity who can represent their collective interest as well as unite the highly polarised constituents to animate their aspirations to reality”.

“Damongo has suffered water problems for decades. Both the NDC and NPP members of parliament that have represented them  since 1993 have not been able to help solve just that” futher adding “that is a basic problem . So, it is no wonder that they are unable to help solve challenges facing farmers, women, children and the youth.” he added.

Tiki Dange observed, “our vast tourism and agricultural potentials are wasting away while our youth suffer severe unemployment and its  associated socioeconomic challenges.”